This year Natalie Merchant released her eagerly-awaited, 13-years-in-the-making follow up to Motherland, 2001’s last release of entirely new material. The new record, self-titled, has been universally hailed by critics and fans, but its release, like Merchant’s solo career in general, has been largely under the radar and criminally overlooked in the larger conversation about great modern singer-songwriters. In the interim decade-plus she’s released two excellent collections of covers: The House Carpenter’s Daughter (2003) saw Merchant delve into America’s heartland with an inspired group of contemporary folk standards, and 2010’s double-record Leave Your Sleep, heavily orchestral, came from songs about or by children. Both records expand Merchant’s exploration of American mythology and pathos, yet they, too, disappointingly garnered little attention.

Which isn’t to say that Natalie Merchant probably minds this very much. She took the stage at New Brunswick’s packed State Theater with a full band and a string quartet in tow, opening the show with an understated trio of choice album cuts “Lulu,” from Natalie Merchant, “The Worst Thing,” a jazzy number from Motherland, and “maggie and milly and molly and may,” an E.E. Cummings poem re-purposed for Leave Your Sleep. There was no big hit or grand entrance, just an unassuming sweep onto the stage for a night of thoughtful beauty.

The set skewed heavily to tracks from Merchant’s newest, understandably and thankfully, and the audience cheered just as enthusiastically when each of these songs began as they did when more “popular” songs such as “Life is Sweet” or “Motherland” were. Many fans have followed Merchant’s career since her earliest days almost three decades ago with 10,000 Maniacs. Only one Maniacs song populated the set, the popular “These Are Days” in the encore, and Merchant played it with as much jubilance and fervor as she must have some twenty years ago when it was a mainstay on alternative radio playlists. During it she unearthed her now-classic hair-swinging and barefoot dancing, urging the crowd to get on their feet; they abided with pleasure.

The lasting impression of the show remains Merchant’s unparalleled vocal prowess and her grounded approach to putting her music out there for audiences. As always, there’s a quiet intensity to her performances, one that stems from the mature subject matter of the songs she sings. Her voice has that rare ability to be as powerful in its whisper as it is in its roar. This was most evident in “River,” the rousing ode to River Phoenix, and “I’m Not Gonna Beg,” another ode of sorts, this time to the dissolution of a relationship.

It wasn’t until nearly half way through the show that Merchant finally addressed the audience, and her humor shone through when she, forgetting the lyrics to a song, took the glasses from an audience member to read from the booklet of her newly released CD. It was shortly thereafter that she informed the audience that a DVD was in the works for 2015’s 20-year anniversary of Tigerlily, her debut solo record. She encouraged the audience to stop by a booth or write in to leave their impressions of the record as she prepped its re-release. It’s hard to believe that it’s been nearly twenty years since that perfectly contained record was released, but judging by the consistently high quality of Merchant’s output, and the devoted fanbase who remains eager to hear it, there’s no indication that another twenty years of music isn’t forthcoming.

Setlist:
Lulu
The Worst Thing
maggie and milly and molly and may
Nursery Rhyme of Innocence and Experience
Seven Years
Giving Up Everything
Beloved Wife
Maggie Said
She Devil
The Man in the Wilderness
Texas
It’s A-Coming
River
Life Is Sweet
Ladybird
Break Your Heart
This House Is on Fire
These Are Days
Wonder
Motherland
I’m Not Gonna Beg
Carnival
Kind & Generous 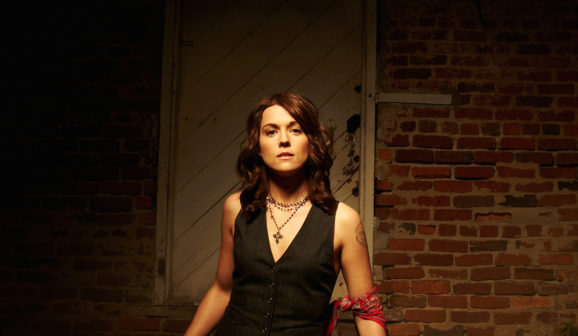 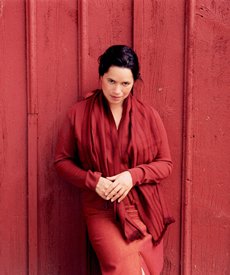