2. Gorillaz: Let’s remember the rules — when Gorillaz first started, Blur was a well-established band, especially on the other side of the Atlantic. As with some of the other “best” side projects, Gorillaz may have eclipsed the success of the band that spawned it.

3. Legion of Mary/Reconstruction/Jerry Garcia Band/Old and In The Way: I’m not gonna sit here and differentiate all the different side bands of the Grateful Dead’s Jerry Garcia. All of his side bands were amazing and featured some of Jerry’s more expressive work. It is crazy how different the four bands I mentioned are, but each produced so many amazing shows and albums. With the Dead, Garcia was a reluctant leader towards the end, but in these bands there was never a question: He was the captain. For some examples of Solo Jerry, check out yesterday’s Grousing The Aisles, which was all Jerry all the time.

4. 8 Ft. Florescent Tubes: After a long internal debate (and a Kit Kat), I decided the best way to list the Markellis/Lawton/Anastasio band was using the name they performed under during their first gig. While Heloise Williams and Tom Lawson played on the band’s first gig at the Higher Ground, the trio did one of my favorite tours of all-time in May 1999. Each member of the trio helped to write a great batch of songs that sadly wound up on Phish’s Farmhouse instead of getting recorded by the band that first played them.

Check out this Sillicone Fairy from the band’s first gig at Higher Ground in Burlington, and this Gotta Jibboo from the Trio’s 9:30 club concert.

5. The Raconteurs: Jack White got together with Brendan Benson and a few members of the Greenhornes to form an extremely potent rock band that has unlimited potential.

6. Gov’t Mule: Warren Haynes and Allen Woody got together with Matt Abst in an effort to give Warren a venue for his already large and growing song catalogue. Combine an amazing first few albums of original material with a steady diet of classic covers, and it was clear the late ’90s that the Allman Brothers Band was no match for the power of the Mule. Warren and Woody left the band and established their one-time pet project as one of the premier names in the jam band scene. Mule’s persevered since Woody’s passing in 2000, playing an estimated 792 shows a year.

7. The Plastic Ono Band: One of the more underrated albums and bands of the late ’60s was John Lennon’s Plastic Ono Band project. The band that played the Toronto Rock and Roll Revival Festival put on one of the better one-off performances of all-time, tearing through such rockers as Yer Blues, Give Peace A Chance, and Blue Suede Shoes. Billy Preston, Alan White, Klaus Voorman, and Eric Clapton rounded out this incredible group that could have been a contender with some more gigs. The Beatles went on to record Abbey Road, and the Lennon and Ono went on to use the Plastic Ono moniker as an alias for their solo projects. 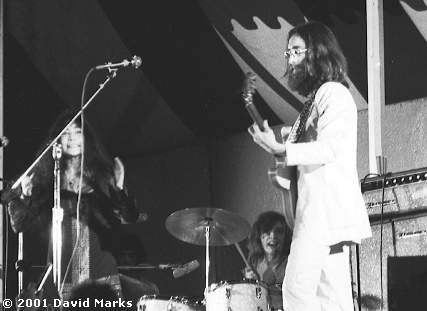 8. Temple of the Dog: The Seattle scene of the early ’90s could be one of the last original thriving cities that produced a number of incredible bands. Temple of the Dog combined the best of Pearl Jam and Soundgarden for a ground-breaking album honoring the recently fallen Andrew Wood. Hunger Strike is just one of the great tracks on the eponomyous album that stands as the groups only release.

9. Derek and the Dominos: While Derek and the Dominos may not have been a side project for Clapton, the project was undoubtably a side project for Duane Allman. Allman doesn’t get enough credit for making Layla and Other Love Songs the best album of 1970. One of the best parts of the whole D & The D experience was the incredible jam featuring Eric Clapton and the Allman Brothers that was released as part of the Layla Sessions release.

10. The Word: The roster reads like jamband all-star team from 2002. John Medeski, Robert Randolph, and the North Mississippi All Stars’ Chew Brothers and Luther Dickinson formed this dynamic group that released one of the better albums of the decade. The music was a kind of gospel that even this Jewboy can rejoice with. Check out this show from 6/27/01 if you don’t believe me.

I’d like to thank some message board friends for help debating this list. There’s plenty of room for disagreement. So how does your list differ from mine? 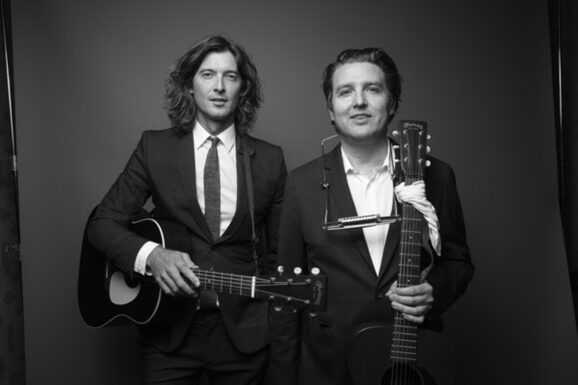 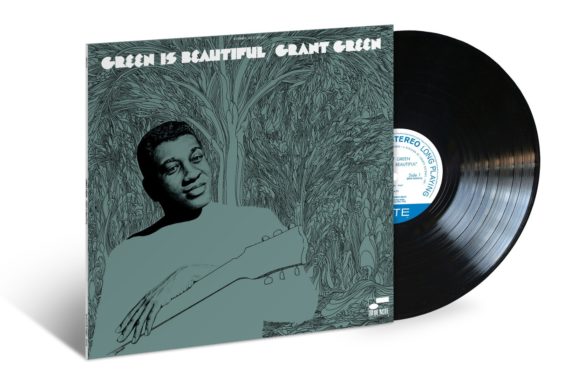