No lie lives forever…but SPOILERS do…

Holy fucking shit. I’ve been talking about this show tying up loose ends for the past couple of weeks; well, consider them tied. A big chunk of this episode was artfully woven together with the season two premiere episode, bringing about what seems to be a definite conclusion to the guilt that Mickey had held onto all season over the death of Linda.

Well, Ray is a free man once again. He was anticipating some time in jail – but not for assault and not just for the night. Being free isn’t all it’s cracked up to be, though. He exits the police station to find that Cookie Brown had blown up his phone all night trying to get that tape of the shooting. Also, Lena shows up to inform him that Avi has disappeared and no one has heard from him since the day before. (In case you forgot, Ezra had a special meeting with Avi last week where he was very persuasive about the danger Kate posed to all of them.)

The reason he’s nowhere to be found is because he’s in Boston. At Kate’s apartment. Waiting. Once she returns, Avi places a bullet in her chest and then another in her head for good measure. This scene is kind of hard to watch. All season long we know that she’s got to go. It’s been blatantly obvious that she wasn’t making it out of season two alive. The real hard part though, is watching Avi do it. He doesn’t want to. He loves Ray and doesn’t want anything bad to befall Ray or himself. It’s one of those “you or me” moments, and Avi makes the call he believes is right.

As it turns out, Mickey didn’t need Shorty to crack the safe after all. Instead, he found a secluded area and broke out a hellacious amount of power tools to saw through it. And though all the viewers knew what to expect once him and Daryll managed to open it, the two of them had no idea. All the work and pitfalls they had went through for that heist and they walk away with a measly $20,000. (Actually, that’s a lot more than what I would’ve expected them to find inside.) But Mickey always has some kind of plan. He’s going to go shakedown Claudette’s husband, Allen. (When Mickey and Allen first met, Allen offered to pay him to basically leave town. It seems he wants to take him up on that offer.)

Ray still has to answer to Cookie. It appears that Cookie managed to get his hands on the tape without Ray’s help, meaning he knows that Bridget was in the back of the SUV when the murders took place. The two have a tension-filled meeting during a birthday party Cookie is throwing for his son. It becomes clear that Cookie doesn’t trust Ray any more than Ray trusts Cookie, but he pretends to keep the peace since Ray is still holding onto his million dollars.

When Mickey’s plan to extort money from Allen falls through (as the majority of his plans do), he decides to seek out Ronald. Micky and Daryll find him at the horse track (big surprise) and kick his ass; after some coaxing from Ronald, Mickey decides to place the $20,000 on a horse. While checking out this magical stead, another horse catches Mickey’s attention. The number seven horse. It has Linda’s voice, which forgives him and tells him that he is, in fact, “the captain.” (Which is also the name of the horse.) He drops all his cash on the horse and wins a million dollars.

After learning of Kate’s death, Ray goes on an awesome rampage. He orders Lena to upload the Cochran/Volcheck sex tape, pounds Cochran’s head into a desk in the fucking Los Angeles FBI headquarters, goes to Ezra’s office and reports the body of the Catholic priest, then walks into Cookie’s house, shoots him and walks out completely unscathed. Total badass. He finishes the evening off by locking Steve Knight in Ashley’s trunk (he had been abusing her and ended up killing Bob when he tried to intervene) and making her call the cops. He returns home, pours a drink, and stares into the dark void that he left in his wake.

This episode could easily be retitled “Ray Unchained.”

Maybe I’m too liberal with my ratings, but can I give this finale two pluses? I mean, the tension wasn’t nearly as throttling as last week, yet it somehow upped the ante. This finale didn’t have very many rough spots at all. It flowed nicely and kept the action at, or near, an apex throughout. The only bad thing that can be said about this episode is that there isn’t another one to watch next week. Damn.

Bunchy can’t catch a break. He opens up to his support group about the incident with Clifford (you know, the one where the kid was naked and Bunchy freaked out and threw him across the bathroom) and becomes encouraged to talk to Patty about his past. While she appreciates the honesty, she decides it’s in her son’s best interest for Bunchy not to be around.

Terry gets out of jail with help from Ray, but he’s completely broken. He’s obviously given up on Ireland, which is kind of a bummer.

“Jim the Cop” may finally be out of the picture. It’s kind of fucked up how Abby makes decisions. Then again, it’s Abby, so what else should be expected? 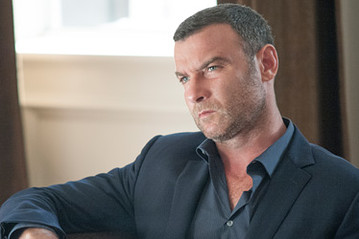 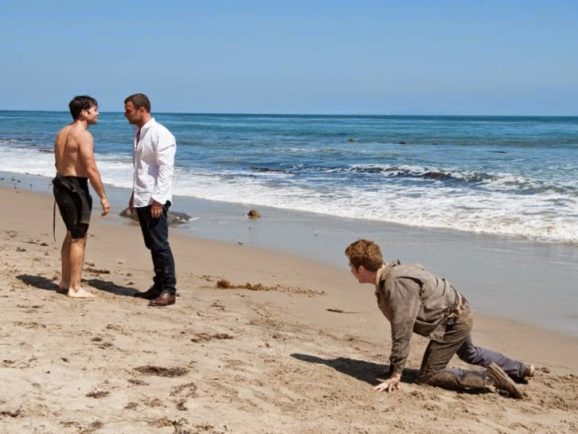 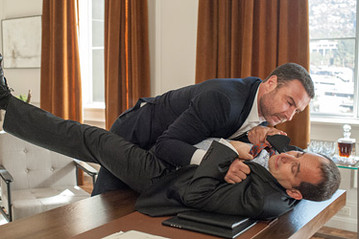