October 1, 2014 by April Siese in Album Reviews, Reviews No Comments 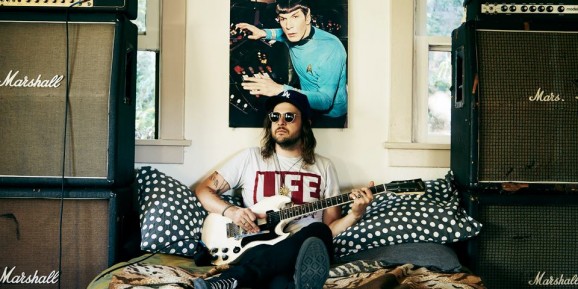 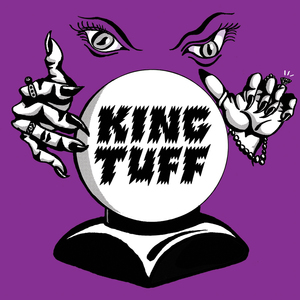 King Tuff is now entering its plugged in phase. Never one to sit still, the Vermont act is in good company on opening eponymous track “Black Moon Spell”. Fellow inexhaustible rocker Ty Segall lends a percussive hand as King Tuff kicks it into high gear. Given Segall’s insane output and similar demeanor, it consistently comes as a surprise that King Tuff hails from the East Coast rather than the hyper-creative recent hey-days of San Francisco, where Segall, Sonny and the Sunsets, and others explored every creative outlet imaginable, leaving no stone unturned or unused as they built their fortress of sight and sound.

King Tuff’s general aesthetic errs more or less on glam and flash: that is, flash art and the whip quick flourishes of gems like “Headbanger”. In that regard, Kyle Thomas (the main man behind King Tuff) better reflects yet another SF outfit: Hunx and His Punx. So, what do you get with that particular West Coast mix when brought about from an East Coast prodigy? For one, the entire city of San Francisco being shown up. The city’s larger acts have moved on and away out of vast necessity, either through relentless touring or in hopes of cheaper rent and larger living somewhere else, and King Tuff is sitting pretty after a reissue of the critically acclaimed Was Dead. New LP Black Moon Spell caters to early fans and new listeners alike. As with the most effective of garage rock revival, there’s an ease and accessibility that borders on global appeal.

It’s no wonder King Tuff gets shining write-ups in national media and has already toured large swaths of the world. Imagine, jet-lagged and dizzy, awakening in another country to the bouncy punk of “Demon From Hell” and not feeling a rush of energy despite a physiological lack thereof. “Black Holes in Stereo” stands as where King Tuff may want to consider deviating next. You’d never expect them at a truly period sock hop but the endearing nostalgia hiding within the chorus’ reverb is certainly enough to warrant a refreshing malt and King Tuff’s reign on the jukebox.

Likewise, lo-fi is used just enough to contain King Tuff’s gritty style and make Black Moon Spell feel like a well-worn mixtape. “Eyes of the Muse” catapults King Tuff to the easy listening pseudo-Southern rock of the ’70s and may be yet another path to consider when pressing the next LP. It is in this latter section that Thomas and co. truly flex their musical muscles. The style vignettes of “I Love You Ugly” and “Beautiful Thing” may be enjoyable exercises, but standalone they fall flat compared to Black Moon Spell’s more fleshed out pieces. For King Tuff to enter its next phase, be it waxing or waning, they’ve certainly laid solid groundwork in the throwback guitar jams of “Eddie’s Song”, a power ballad with tinges of Ted Leo and the Pharmacists and enough thoughtfulness to transport King Tuff right back to the East Coast on solid sonic footing.

About the author: April Siese