Age and optimism are recurring themes for the jazz trumpeter Herb Alpert this week at the Café Carlyle in New York, where he and his wife, the singer Lani Hall, are performing nightly through March 21.

Alpert told a full club on Wednesday that he will turn 80 later this month. He spent only a brief part of the set leading his jazz trio through a medley of Tijuana Brass hits from the ’60s, including “The Lonely Bull” and “Tijuana Taxi.” Earlier, Alpert had told the crowd of about 90 people to expect an “off-the-cuff” evening, “just exercising my own creativity.” He took no requests, and initially held firm when the room insisted that he sing “This Guy’s In Love With You,” a 1968 Tijuana Brass classic Alpert claimed he had recently retired.

“I was watching these old geezers, man, sing these songs from the Sixties,” he protested, “and I asked Lani, ‘Do I look like that when I sing that?’”

“Sing it,” a lady demanded from the floor. “You’re sexy.”

He relented. That Alpert played any Tijuana Brass songs at all is remarkable. He mostly quit them years ago, favoring more contemporary originals and re-imagining standards like “Fly Me To the Moon” and “Puttin’ on the Ritz” as funkier, samba arrangements. Alpert’s bassist, Hussain Jiffry, proves especially vital here in concert, leveraging a slap technique every so often to keep the pop-jazz set unexpected.

Throughout the show, Alpert cued his pianist and rhythm section, raising a fist, conductor-like, and counting with eyes closed. Hall stood at Alpert’s right, singing in a syncopated style and bringing theatrical flair to numbers like “Moondance” and “I’ve Got You Under My Skin.” The couple met when Hall sang lead for Sergio Mendes & Brasil ’66. Alpert signed the group to his label, A&M Records, and later married Hall. They’ve been together 41 years and maintain a strong chemistry onstage, often kissing and trading smiles.

Alpert hasn’t lost it. He plays with an understated command of timing and breathing; he exercises a level of restraint that never overpowers the horn, allowing every note to sail out of him with ease and grace. And he’s still got an ear for the hook. “The thing we’re not hearing on the radio these days is the melody,” Alpert said during an informal q&a with the audience. Indeed, that is part of what brought the Tijuana Brass its following and huge commercial success. That, and getting lucky, he pointed out.

“I think luck plays such a big part of it,” Alpert said. “But being prepared when you get lucky is the key.” 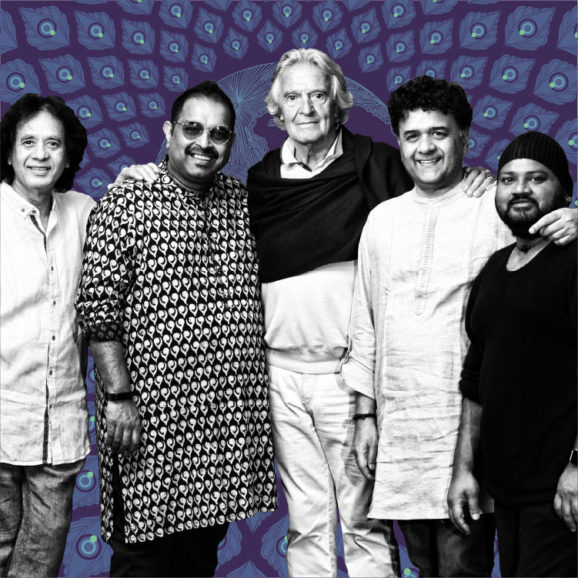