The first time I heard Sara Watkins sing, it was somewhere deep within a Borders bookstore. Of course, it was a Nickel Creek album being played while customers like myself walked the aisles looking for something to read, or something to listen to, and I immediately took a liking. There was something about Watkins’ sweet and innocent voice that made me ask questions. Quickly, I got my answers, and I made my purchase. It was a good day.

And while no Nickel Creek album has disappointed since then, Watkins’ new self-titled solo album kicks her talents into another gear. A big change, obviously, is that you’ll now only hear her voice over 50 minutes, along with her fiddle on a few tasty instrumentals. Her confidence never wavers from the opening “All This Time,” through the lovely closer, “Where Will You Be;” but if it seems a little weird without her Nickel Creek band mates, Watkins won’t hold that against you—this is all new to her, too.

The John Paul Jones-produced album, Watkins’ first as a solo artist, doesn’t lack in any area; instead, it soars with the star power that surrounds every note. Besides the aforementioned Jones, Watkins has help from Gillian Welch, David Rawlings, and Elvis Costello drummer Pete Thomas, to name just a few. After a couple listens, it will be evident that, although you might still wish for Nickel Creek to reform someday, you’ll also realize you have something sparkling and special in Sara Watkins all by herself.
Glide recently had a chance to talk with Watkins about her new career as a solo artist, Gillian Welch and David Rawlings, John Paul Jones, and expectations that come with going it alone.

Let’s start with the album. It’s your first as a solo artist, and it’s a self-titled album. Was that a big decision for you?
I had no intention of making it a self-titled record going into it. I actually just hadn’t really thought about it. And people kept asking me, “What’s it going to be called?” And I never think about that, really. Even in regards to other people’s records, I only think of the name of a record as being a way to organize it in the catalog of their other records, you know?

It doesn’t really…one thing I knew I didn’t want…I didn’t want the title of the record to make a statement. Maybe if I would have had a lyric or a song title that made a correct statement, I would have chosen it, but I wasn’t really excited with any of the other ideas that came to my sifting through lyrics and song titles, so we just decided to make it self-titled.

And this is something for you where you wrote a lot of these songs. That’s got to be a gratifying moment for you—that these songs came from you.

Half of them, yes.

I know a lot of them have been around a few years. Is this something that is a relief when they’re finally done?
You know, they were all pretty much written before we went in. They way that songs have been coming to me lately is with some sort of main theme. Typically, I’ll have a melody and a lyric just sort of come to me…like a linear organization of words in my brain, in terms of how they’re going to come out—even if I haven’t had a chance to sit down and organize it all out. Generally, I have a statement that I want to make, some kind of really clear synopsis of what I want to say. And I build on that.

With this album, you had a nice list of people helping you. What was it like working with someone like Gillian Welch or David Rawlings on some of these songs?

Oh, it was great! I’m a huge fan of both of them. I knew that I wanted to have Gill play drums on it, because I’ve heard her drumming before, and I love it, and it seemed that it was going to be just right. And I heard Dave play some electric guitar beforehand—I’ve since seen him play it a lot. And I think mostly, I knew he would be great at it. So, we asked him to play that.
And on “Long Hot Summer Days,” that actually came together in a couple of days, because we planned on using a couple of other people who, a couple days before the session, had to pull out because they got a great gig. So, we just said, ‘Let’s just switch Gill and Dave around and have Dave play drums and have Gill play electric guitar.’ And it turned out to be great.

Yeah, I agree. That’s the second song on the record, and it immediately makes a nice energetic statement.

Can we talk a little about John Paul Jones—I know you got to know him around 2004, and I read something where you said that if you didn’t let him produce your record, he would never talk to you again. Was the process as smooth as you thought it would be working with him?

I cannot say enough good things about working with him. I just had a wonderful time. It was the best studio experience I’ve had, and I’ve had some really great ones. And I’ve also had some more challenging experiences. I just respect him so much—so much more even since working with him and since finishing the project. I mean, I wouldn’t say…yeah, I guess it did go smoothly. Smooth is kind of a weird word in regards to the studio because, to me, that sounds like you’ve got everything figured out before you get in there. But, we did actually have a pretty good handle on what we wanted the songs to be, and I’ve had a chance to develop those songs live over the last couple years, which helped a whole lot. (So) yeah, it went really well.

Cause I think, too, when people hear John Paul Jones, they might not necessarily think of the type of music you’re playing. Do you think people will have any misconceptions about this album before they listen to it?

Yeah…I think that a lot of people don’t know that John is really into American old-time music.

And I think the people that know John from bluegrass festivals that he’s been hanging out at for the last five years—I’m sure it would seem so much more natural to them. But, if I didn’t know anything about that, and I heard a member of Zeppelin was doing any project, I wouldn’t really know what to do, because nothing is really like Zeppelin! So, yeah, I’m sure there are a lot of misconceptions, but that just goes to show that you never really know…it’s hard to totally understand something based on your preconceptions.

And also with your work in Nickel Creek, you’ve built up a huge fan base. Would you say you’re doing this solo project to win over new fans?

I really didn’t have a strategy going into this. I mean, if you’re asking if I did anything to specifically to bring Nickel Creek fans or new fans into it—I’m pretty much just figuring out what I want to do at this point. I very much hope that people will like it. And I think a lot of Nickel Creek fans will like it, and I don’t think it will offend a whole lot of them. Maybe it will be boring to some of them, but I don’t think it will offend any of them in terms of being too crazy!
I
hope that lots of people like it. But, I didn’t set rules in terms of what it sounds like based on what I imagined everyone’s expectations are going to be. I wanted to make a record that I really liked, and be honest with what I want to do. Because I’ve never done a whole project based on what I think sounds good; it’s always been a shared project, and decisions are passed around and made as a unit. And I’ve learned so much from that way of thinking, and I never felt ready to make a whole lot of decisions—an album’s worth of decisions—and I’m not underplaying John’s presence, but in terms of being a solo artist, I wasn’t ready to make a solo record until recently—the last two years. So, I’m very much just learning what I want that to be; I didn’t have any huge rules on myself or put on me by a record company in terms of what they expect it to sound like.
How do you handle those decisions? Do you start to feel alone in a sense because you’re not part of a band anymore?

I can get into that mode, if I let myself. But the fact is that I’m not alone. I have a great team of people who I’ve been working with, who I’ve known for a very long time, who are really helpful. I’ve got tons of musician friends who are nothing but supportive and are always reliable. My husband knows a lot about music and about business and everything. And the bottom line is that I’m not alone on that stuff. At the end of the day, it’s my name on the record, so that is a lot of pressure, and it’s my voice singing all the songs and all that. But, I have a whole lot of help, and I have a lot of experience behind me, and that’s a huge help in itself. 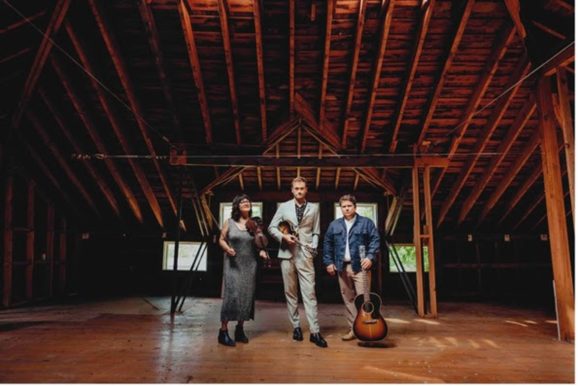 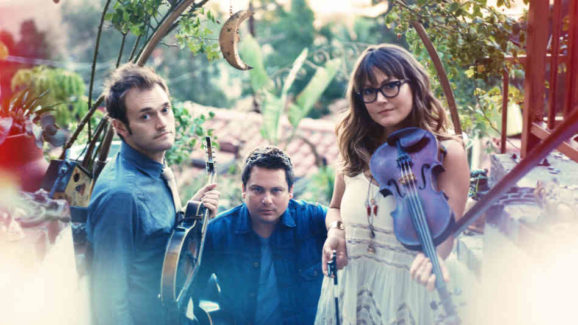