Shame on you, Drew! I am old school Leftover family and I DO KNOW that Bill is not capeable of doing this. From what i understand, the woman is a known coke *!#! who threw a big party that night. GET THE FACTS BEFORE YOU JUDGE SOMEONE!!!

The Denver Post published an article about McKay’s arrest that included tips from “the authorities” for partygoers, which led to a slew of comments from Salmon fans including this one from “Ash”…

I have known Bill for almost 20 years. Those of us who know him know that there is absolutely NO WAY that he did the things he is being accused of. It is simply impossible and so far out of the range of his personality that one can only look at the alleged “victim” as the source of this poison. There are limitless reasons for my assertion; Bill is simply not someone who would ever do this, no matter what, no matter where. I know his family, I know him, and I have heard a lot about this alleged scenario. Rest assured, he will be vindicated. Unfortunately, much damage has already been done.

The Denver Post has delivered this story in an irresponsible and sensationalist manner that implies guilt, and the editorial staff should be ashamed that they have chosen to portray this story in a way that obviously sends a message that Bill is guilty before being proven innocent. Most people who come across this story will assume guilt because of the way the story is presented: Mug shot, tips on avoiding rape and being drugged, etc… I am disgusted by this shameless display of defamatory sensationalism and will be writing a letter to the Denver Post today to express my anger at their irresponsibility.

Again, for those of us who know Bill: Speak out!

Seems like the kind of support a guy would want from his band mates, not just his fans. Whatever actually went down on New Year’s Eve, it’s clear that Emmitt’s issues with McKay started way before the keyboardist’s arrest. After having an evening to reflect on his initial comments, Drew Emmitt came around and issued the following statement…

With a level head and a heavy heart, I appreciate this opportunity to respond to the recent article in the Colorado Daily. I have a long history with Colorado Daily reporter Wendy Kale, and was foolish to think that my candid conversation with her was between friends. OF COURSE it was on the record — I should have known that. But that is beside the point; more importantly, I’d like to address what I said.

In retrospect, and having had more time to better understand the situation, I realize that I was reacting from a place of confusion and hurt, troubled by even the thought that Bill could or would do something like he’s being accused of. The truth is, the dynamic between members of any band is very difficult at times. Bill is a brother to me, and a best friend. It was unfair of me to air any personal gripes between Bill and myself publicly. I can only hope that people understand that my comments came from a place of personal turmoil, and not as an official statement from the band on Bill’s innocence or guilt or on the status of him as a member of Leftover Salmon. For now, I can only say that everyone in the band and our families will do our very best to support all parties involved. Thanks for listening.

Bill McKay posted bail and was released on Wednesday. It remains to be seen whether the current Leftover Salmon lineup will ever play together again after the nasty chain of events that unfolded over the past few days. The band doesn’t have any tour dates on their schedule at the moment. McKay hasn’t commented on his arrest and the allegations against him as of press time, but a new chapter in this story seems to be written every few hours. 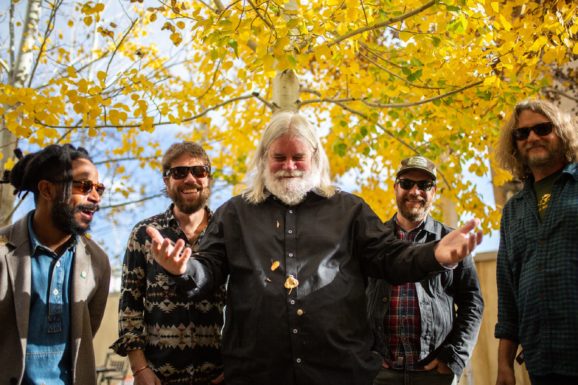