Also, they performed Dark Side Of The Moon in it’s entirety this past New Year’s Eve. Watch this video, “Hold up your cell phones now”. Genius!

Furthur: Phil Lesh & Friends used to do a whole slew of covers and some of them were the definition of kick-ass, many of them have appeared in previous versions of Cover Wars. Furthur, in their limited touring thus far, hasn’t ventured out too far into other bands catalogs, so it was nice to see this one show up on New Year’s Eve. Yes Phil gets a little lost in the verse, yes there may have been some teleprompter issues, yes he sounds a little ridiculous – but the point is that they played it, and it’s a very appropriate song for the front-men of this band at this stage in their career. Source: 12-31-2009

Gov’t Mule: Halloween of 2008 is the only time Gov’t Mule has played this, and a number of other Pink Floyd songs, as that was the theme of the second set at Boston’s Orpheum Theater that year. Great stuff. Source: 10-31-2008

moe.: moe. first covered Time on Halloween in 2000 when the band played Dark Side Of The Moon in it’s entirety with The Wizard Of Oz playing simultaneously. Time stuck around in the rotation and has been played a total of 20 times. Source: 4-22-2007

Some video from moe.’s most recent performance of Time:

Phish: I’ll likely take some heat for this, but I’ve never liked Phish’s performance of Dark Side Of The Moon. To me the story that the band decided to perform it “over lunch that day” was not a sign of a quirky band that could do anything they want to, but more of a turning point for a band that developed the arrogance that they no longer needed to practice all that much. Right around the same time their guitarist is famously quoted in Bittersweet Motel saying that he doesn’t care if they, “miss a change”. At the same time, some of their absolute best music is created during this period. Anyway, this track isn’t bad by any means, but if I had my way – if the band had to cover Dark Side, I wished they had spent more than a day preparing for it. Source: 11-2-1998

And THIS video was captured as someone recorded the screen at Festival 8 where archivist Kevin Shapiro played a whole bunch of never before seen Halloween footage.

Umphrey’s McGee: UM has a lot of covers in their repertoire. UM has a lot of Pink Floyd covers in their repertoire. But somehow in 2009 they added Time and Comfortably Numb to their rotation. Since it was already in the tracking, I have included the Great Gig In The Sky instrumental outro they tack on to the ending in this performance. Source: 8-27-2009 via Podcast #90

Weezer: Speaking of YouTube comments, I learned from the comments on this video that it’s actually lead singer Rivers Cuomo on drums and Patrick Wilson on lead guitar and vocals for this arrangement.

Checking in on our last Cover Wars, which was for Darlene Love’s Christmas (Baby Please Come Home), Death Cab For Cutie has emerged victorious. 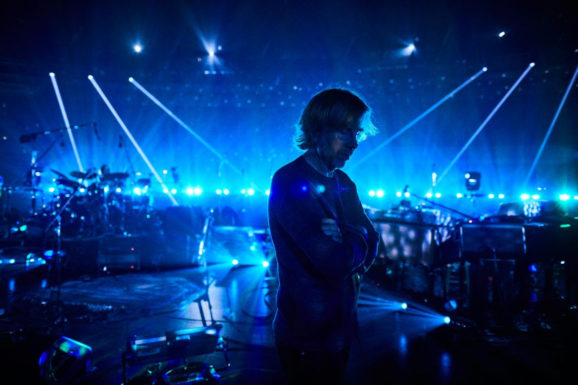