Going beyond simply growing weary of playing the same tunes, hanging out in the same spaces, and seeing the same faces; there’s more to the desire to play with so many great musicians. It’s about, “Constant inspiration,” Marco explains, “ learning more and more styles of music, and figuring out how some songs can be played in ALL the bands I’m in.”

Furthermore, when it comes to performing, Marco possesses an inherent knack for experimentation and imagination. It takes a triple degree in jazz studies, sound design, and 1980s toys to fully grasp what’s at work in most compositions, but across Between The Needles & Nightfall, his creativity resonates. It’s a marvel to simply observe his stage setup, which resembles more a fort from which he lobs grenades or perhaps to watch Saturday morning cartoons, than that of any virtuoso’s piano stool. On Needles, he equitably splits time between pleasant, clean piano jazz (such as that on the thought-provoking standout Ila Frost) with a 1920’s Upright 61-key Wurly, a Kawai 6′ Piano with guitar pickups, an Optigan, and the well-known affinity for circuit bent toys (i.e., a Colecovision and a Nintendo Glockenspiel).

“We don’t strive for perfection in the studio.”

The Marco Benevento Trio does something relatively mind-boggling that many folks probably do not realize. Over the course of the past three albums, they tracked the first two in just two days and Between the Needles & Nightfall in only three. What’s interesting though, is this is by design. The Trio aims to enter the studio with some basic themes and let them unfold naturally, attempting to essentially roll the tape at the right time to catch the right moments.

“I like to think that one of the most important elements of songwriting is being able to capture the moment without hesitation or self realization,” he explains. “It’s almost like doing something while not thinking of it or, even further, doing one thing while thinking about something else. Being a professional capturist is more my job than being a performer.”

After the studio recording, Marco heads back to his home studio where he works on the mixes and collaborates with other engineers to assemble a final product. “My Pro Tools chops are starting to come around,” he adds.

That process – or lack thereof – helps explain the repeated gravitation toward Bryce Goggin and his Brooklyn studio. Bryce and the Trio seem to exhibit real chemistry, whereby they push one another beyond their comfort zones, which essentially provides the raw materials of the albums so-to-speak. In some cases, like on the opening track from Needles, called Greenpoint, you can really hear these explorations take shape on the fly.

In discussing his affinity toward Bryce, and what he ultimately brings to the process, Marco gives him a ton of credit for his ability to open up the band. He says, “His ability to both be a music capturist and also not be there at the same time. I feel a symbiotic relationship between us. It’s almost like we’re egging each other on to see what sort of sonic boundaries we can reach.”

“YES [I still study]. Everyday. From Chopin to James Booker to The Beatles and Elliot Smith”

Whether he’s taking advice from friends, catching a My Morning Jacket show at the Fairgrounds, bouncing around stages at the festivals at which he plays, or studying to become a better musician, listening to new music remains an important part of the equation.

The obvious example of the wide reaching influences that come across Marco’s ears would be the clever covers album Me Not Me, which touches upon everything from Deerhoof, to George Harrison, to the Knife, to Leonard Cohen, but on Between The Needles and Nightfall, even more engaging artists sway the material. The forbearing Krautrockers, Can, impress upon the opening track, Greenpoint. By way of reading an interview, Jon Brion guides Marco technologically on Music Is Still Secret. Mum influences the ambient vibe of closing track Snow Lake. And finally, the feeling of the cheerful It Came From You stems from listening to (who else?) MGMT’s Time to Pretend.

It’s not all high brow either. Just like most kids, the music bug came early and from there it’s been one long exploration for new musicians, songs, sounds, instruments, influences and feelings. “The first album I bought with my own money was Def Leppard, I ‘m pretty sure it was High n’ Dry,” he laughs. I guess we all start somewhere.

“It is totally doable. It’s all about moderation.”

Coming off performing an average of three shows per night (until five or so in the morning) at New Orleans Jazz Fest, Marco just finished up plowing through a quick breakfast in time for our 4:30PM afternoon chat. That may sound like the lifestyle of a young cadet, but Marco strikes a careful balance between the music and a quiet family life.

The song Ila Frost helps shed some light on the inspiration behind the new material and this balance. Ila Frost is actually the name of Marco’s second baby girl and the title of the album Between The Needles and Nightfall stems from a much different place than you might expect. At first glance, the moniker seems dark, but the story behind the title is beautiful, and knowing the joy behind it, really puts the album in perspective.

“The story of the album title came from our doula,” Marco explained. “On the actual release, I thanked her for the title. It happened on the day my wife and I gave birth to our second daughter, Ila Frost, and we had just finished with the acupuncture needles and trying to induce labor. Then our doula said, ‘hopefully we can have the baby today, between the needles and nightfall.’”

Marco Benevento celebrates the release of Between the Needles & Nightfall tomorrow night at the Bowery Ballroom in New York City. 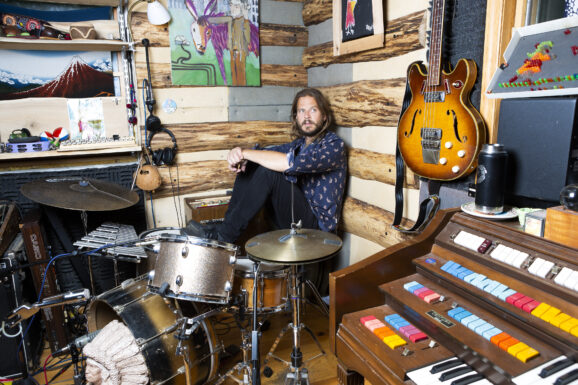 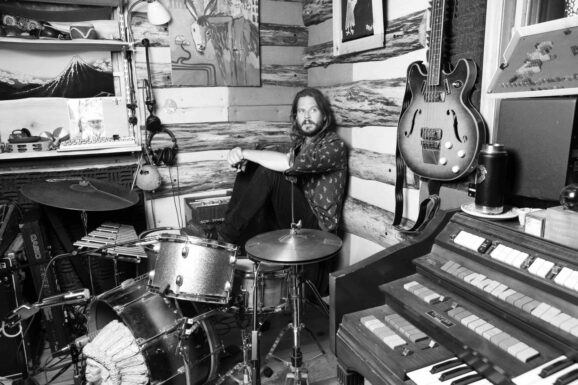