So I figured, what better way to shake the very foundations of my meager existence than by risking my life – literally?  That in mind, I set upon the the brutalist thing that exists today: Dethklok. Their mere presence in any one location for an extended period of time brings fans to their knees, because of their godliness. And I got to interview them.  Dethklok is:  Nathan “Tonto” Explosion – Frontman and Visionary, Skwisgarr Skwigelf – Lead Guitar, Toki Wartooth – Rhythm Guitar and Keys, Pickles – Drums and William Murderface – Bass.

Clearly I survived…or did I?

Right off the bat, does anyone in the band have an opinion of the "Planet Piss" project?  Will we ever see any actual material?

WM:  What does "actual material mean?"  Is that some smartass remark?  What do you mean "actual?"  That’s it…No more “Planet Piss” questions.

Dethklok is already the most successful band ever.  You’re rich enough to buy Sweden (even though you hate your fans.)  What drives you to continue being as brutal as you are, and to continue to put out new stuff?

SS:  Sweden’s is not for sale! Is it?
NE: Why not put out more stuff?  Us richer, fans poorer.

You’ve now brought metal to the land and to the sea.  Where to next – distant galaxies, perhaps?

P:  Yeah, right. There is no life out there. Stupid conspiracy theories!
WM: There’s no life on this planet.

After that horrendous crash derby where Toki and Swisgaar rolled up in the double-neck guitar, have either of you two stepped behind the wheel since?

TW:  No’s because I’s gonna gets a tank what’s ensures death for others ands comfortables surroundings fers me.
SS:   We gonna gets Volvos to make us a tank with superiors safety from Swedens.
TW:  Volvo’s owned by Fords.
SS:  Shut up Toki!  Idiot!

Here’s a controversial one:  who would win in a drinking contest:  Nathan or Pickles?

Let’s test the old memory banks:  can you recall the audience’s exact reaction the first time that Dethklok played live?  Were there lots of casualties?

This one’s for Swisgaar:  being that you allegedly grew up so poor (you stated that your mom fed you snow once because "times was tough,) do you find it ironic that you’re now one of the richest people in the world?

How much do you credit Charles Ofdensen with the success of the band to date?

NE:  He has everything to do with the success of Dethklok but we credit him nothing.
ALL:  Yeah, nothing.

So, as you’ve made abundantly clear, everyone (save Toki, of course) absolutely despises that douchebag Dr. Rockso, the "Rock-n-Roll Clown," but what is the real underlying cause for this intense hatred?

Since you’ve spent so much time with Mashed Potato Jones, any chance of perhaps a blues album by Dethklok?

Every time you take too long to release a new album, things go horribly wrong; the economy tanks, riots ensue, all the beer goes flat.  Do you just enjoy watching the world burn or do you simply not care?  I ask this because if the new album doesn’t hurry up and come kill me, I might just kill myself and everyone else around me instead.

They are currently touring with Mastodon and Converge:

(tickets will not be refunded should you turn up dead.) 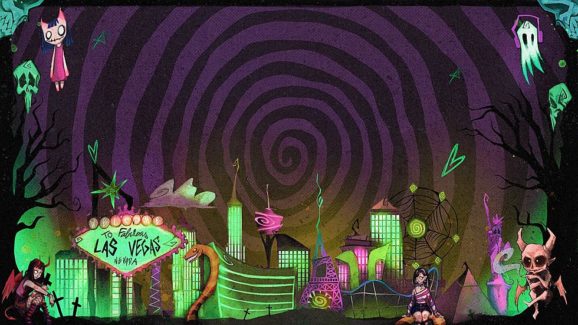