Nils Edenloff, Amy Cole and Paul Banwatt, who together comprise The Rural Alberta Advantage, occupied many nights of their 2005 lives at an open mic night in Cabbagetown, outside of Toronto. Three years later, the trio released their first album, Hometowns

, and was soon after signed by Saddle Creek Records. The RAA’s new-found success allowed them to spend most of the past year consistently touring Canada and the U.S.

It was apparent that they were still getting used to this success on Wednesday night, when a near capacity crowd at New York City’s Bowery Ballroom played host to one of their last scheduled shows of the year. Between songs, Cole and Banwatt shuffled back and forth between instruments (they both switched between percussion and synthesizer, though Banwatt favored the full drum-kit). Edenloff nervously stopped to remark on their thankfulness for playing in front of such dedicated fans. Though when the music started, it was clear that they were in their element. READ ON for more of Jonathan’s experience seeing RAA…

The Misadventures of Roster McCabe

Something about a young band on the cusp heading out on tour seems to bring about all sorts of antics and funny stories. Having first come to know of the Minneapolis-based Roster McCabe after finding their spirited take on Warren G’s rap classic Regulator for an old edition of Bust Outs, we have since seen the name bantered about plentifully in the jamband circles, most recently as the Jambands.com New Groove of the Month.

In poking around a bit on their website, it quickly became evident that these guys have a close knit friendship where the music comes first, but the tomfoolery a close second. So, naturally they seemed like a fun band to check out a bit further.

What is Roster McCabe all about musically? The original songs tend to see-saw up and down through big frenetic jams and mellow reggae breakdowns throughout the course of their extended, but not belabored song structures. The most distinguishing trait would be the lead vocals of keyboard player Alex Steele who brings a hip-hop, roosty reggae energy which easily staves away the dreaded “standard jam fare” label. It’s a fresh approach, particularly for anyone who likes reggae music with a more energetic and improvisational bent.

In chatting with the band between shows in the early stages of a hefty Colorado run, we learned more about the group’s camaraderie and their music, while scoring ourselves one hell of an entry for America’s Funniest Home Videos along the way.

Hidden Track: First off, congrats on being selected to the New Groove of the Month by Relix and Jambands. That’s a big step in the right direction. Do you get the feeling that things are really kicking into gear these days for the band to make the jump to the next level?

Roster McCabe: Thank you, we were honored to be selected as the New Groove of the Month. Things have been growing steadily for us. The touring, practicing and writing has been slowly paying off, so we are just going to continue those things and see what happens. We were recently in Billboard as one of five up and coming national jam acts, so that was nice to get a little recognition for everything we have been doing.

READ ON for more of Ryan’s chat with Roster McCabe…

After months of speculation, the tour dates for the first Phish Fall Tour since 2000 have emerged. Phish.com has been updated with a cute little video highlighting the dates, which

Just as with Phish’s Summer Tour, Ticketmaster and Live Nation have started posting information about dates on the group’s Fall Tour before the actual announcement of the tour by the

The Black Lips have been making news throughout the blogosphere lately courtesy of their lead singer’s confrontation with WAVVES front man Nathan Williams, his explanation of the events and Carrie

The current issue of Rolling Stone lists rootsy singer/songwriter Cory Chisel as part of country rock’s new crop along with The Avett Brothers, Dawes and The Duke and the King. 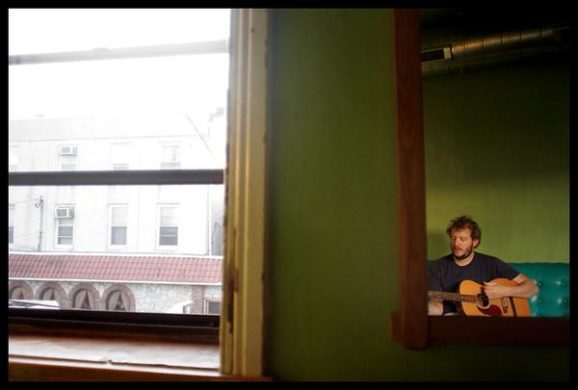 When you hear Justin Vernon talk in between songs with a deep vibrato, you wonder if this is the same guy with the ghostly falsetto responsible for that album of songs penned around a frigid Wisconsin winter. But then when he starts to sing, you nod in clear realization. 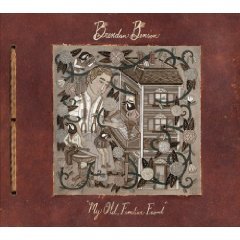 My Old, Familiar Friend is Brendan Benson's newest solo effort (recorded between Broken Boy Soldiers and Consolers of the Lonely) and it again finds him digging in his familiar rut of broken hearts and failed relationships most of which are apparently his fault; some things don’t change.

Dethklok's mere presence in any one location for an extended period of time brings fans to their knees, because of their godliness. And I got to interview them.  Dethklok is:  Nathan “Tonto” Explosion – Frontman and Visionary, Skwisgarr Skwigelf – Lead Guitar, Toki Wartooth – Rhythm Guitar and Keys, Pickles – Drums and William Murderface – Bass.