Martin Sexton is one of the most unflappably earnest musicians on the planet, and he always manages to stand out in a genre that is unmercifully crowded. His latest release, Sugarcoating, brings listeners more of his positive, folk-tinged acoustic rock and stirring lyricism. Sexton’s music has frequently centered on themes of personal fulfillment and the tenuous existence of human happiness, and Sugarcoating does some of the same, simultaneously addressing materialism, success, and other trappings of the modern world.

There’s an almost supernatural likability to his plainspoken, rootsy style. I keep expecting Sexton to eventually give in and get as dark as the world around us. But with each passing album, he offers more of the infectiously affable melodies and hopeful choruses that define his work. That’s great, because the music world needs Sexton just as he is – the smiling, shambling, storytelling counterpoint to an existence filled with negativity.

If you know his music at all, the first passage of the album’s first song, “Found,”  will make you shake your head in knowing recognition of pure Sextonality: “I get lost in the concrete jungle/I get lost in my big flat screen/Lost in the talk on the radio/It don’t mean much to me/Fed up with the stuff they be feedin’ us/On the daily nightly news/And I’ll climb the Statue of Liberty just to get a better view.” Graceful pedal steel and breathy keyboards swirl around the mid-tempo melody in a way that makes the song instantly memorable, and Sugarcoating continues in the same manner for the duration of the program. Songs like “Livin’ the Life” and “Always Got Away” extol the virtues of finding one’s place in the world and shunning material happiness, even when sacrifices must be made.

There’s a pair of country-fied numbers on the album that simply shine. “Long Haul” shows that Sexton’s mind isn’t perpetually tasked with finding his place in the world. “Have some cake with me by the lake/I’ll fill your coffee cup, we’ll watch the sun come up,” he offers. The title track is the catchiest on the album, a breezy, chugging mix of wry folk lyrics, rolling bluegrass melodies and old-time rhythms.

There are skippable tunes on Sugarcoating, as Sexton’s sometimes repetitive songwriting style fosters forgettable moments like the goofy “Easy on the Eyes” and “Just to Be Alive,” a sleepy tune that tries to incorporate native American-style chanting. But for every slight misstep, there are multiple gems like the funky “Boom Sh-Boom” or the pleasant piano chamber- pop of “Stick Around.” Sugarcoating is worth having, and you’ll find that the album is much more substantial than the glazy title suggests. 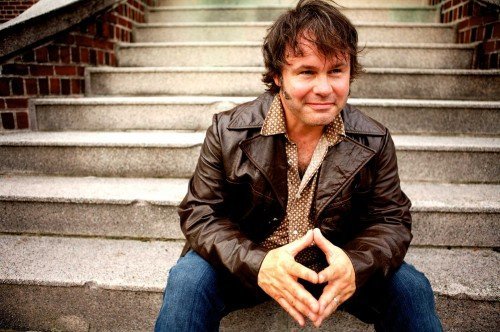