Caitlin Rose: Own Side Now

Mining the past for inspiration has long been a hallmark of the performing arts.  Musicians, actors, and writers have been re-interpreting ideas since the dawn of time, constantly putting new and inventive spins on classic ideas and concepts.  In country and rock and roll music, appraisals go hand in hand with the territory and such is the case with young Nashville singer-songwriter, Caitlin Rose and her debut full-length Own Side Now, a wry, heartfelt, and confessional collection of songs penned and stylized as homage to the cosmic-fused jangle of ‘70’s era country-rock.

Building upon the diverse styling of last year’s Dead Flowers EP, Rose and her band continue their jumps and dives all over the musical map, sounding timeless yet fresh and new at the same time.  Opener “Learning To Ride” starts the album on a note of hopeful resilience as Rose, just 23, invokes horses as a metaphor for the aimlessness and wanderlust that often accompanies the tumultuous nature of life in her current decade.  The musical influences strongly resonate on the follow-up title track which finds Rose offering earnest yearnings for love and acknowledgment in a manner reminiscent of Linda Ronstadt’s “Long Long Time”.   Next, string arrangements wrap around the bluesy swagger of “For The Rabbits”, an album anchoring ballad chronicling the fractious nature of a relationship that contains some of Rose’s best lines: “Fall back into my desperate arms/Fall back into routine disaster/”Cause it’s better than spending all your time alone”.  Lines like these accentuate the forlorn resignation of the song’s protagonist, who despite probably knowing better latches onto a failed romance with a strong grip, determined to not let go.  Later in the song, the ante is upped as she sings: “Looking back at myself/It’s wrong how much I changed for you/I sit back and watch my channels change just how you want them to”.

Common country music sentiments to be sure, but Rose has a deft way with words, and her ability to elucidate these heartbreaking feelings at such a young age is a skill that should soon set her apart from many of her Nashville peers.  Towards the album’s later half, this sentiment returns in the song, “Things Change”.  Here, one can imagine the protagonist from “For The Rabbits” returning with more confidence and maturity in her desire to stand up to her lover.  “So I’m leaving/Back where I belong/Going out west/Where my one true love carries on”.  She still believes in the concept of love, but now sees things for what they were, and rather than staying behind with the status quo, she is making up for lost time and though “love never dies/Some things have got to change”.  Whereas before, she knew things were wrong, but blindly accepted them, she now acknowledges her past, but is squarely resolved to put it in the past: “No I never wore your wedding ring/I regret I never could/Never mothered your child or seen you/In its smile”.  Like all great songwriters though, Rose leaves shreds of doubt.  Just when the listener firmly believes in her resolve, the protagonist hears of her ex’s new love and admits to still feeling like “the fool”: “And I feel like crying/But I’ll hold back the tears/’Cause I know love never dies/And some things have got to change”.  Just like real life, things aren’t always as crystal clear and as easy as we would like to believe.

Fear not however, Own Side Now is not all laments and despair.  Rose can be sardonic when need be, and the middle part of the album contains three golden nuggets destined to be fan favorites.  “Shanghai Cigarettes” rollicks along at a swinging clip worthy of the Flying Burrito Brothers, as Rose professes her love of tobacco sticks in a duet with Rayland Baxter.  While not Rose’s first proclamation of her affinity for smoking (for that see Dead Flowers’ hilariously deadpan delivery of “Dockett”), this track bounces out of the speakers with glee.  Next comes “New York”, Rose’s travails of her youthful misadventures in the mysterious land of Gotham, where she meets a man named Stan who “tossed a coin up in the air and said tails comes home with me” before giving up and heading home to Tennessee with acid rain damaged jeans.  Completing the trilogy is “Spare Me”, a Willie Nelson inspired ditty about the complexities of love that shimmies along anchored by a bouncy harmonica solo and a nimble keyboard groove.

In all, Caitlin Rose’s ten tracks on Own Side Now serve as a powerhouse arrival of a major talent.  Her interpretation of classic American musical traditions is given a personal and emotional investment worthy of comparison to legends like Ronstadt, Nicks, Loretta, and Emmylou.  Nothing feels forced or contrived, instead the album feels original and inventive, like a sound you swear you’ve heard before but not in this particular manner.  As spring approaches and the thaw begins, this album should be the soundtrack to the reawakening. 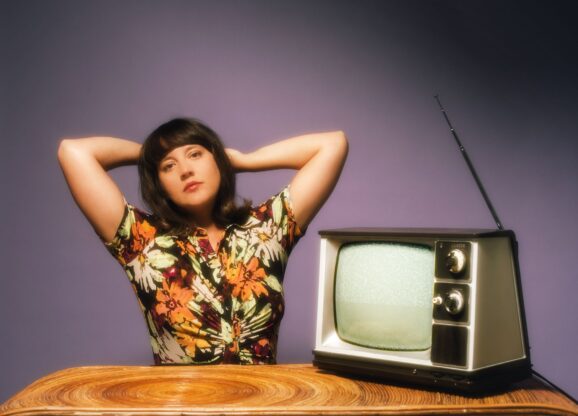 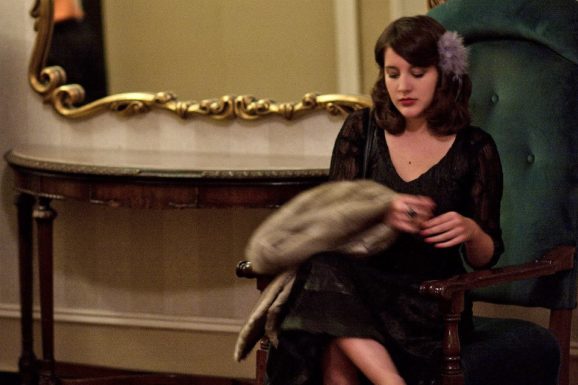