There are so many preconceptions about Sarah McLachlan that to attempt to address them all is both tiresome and, quite frankly, unnecessary. Because she’s been such a public face and her music so instantly recognizable since the late 1980s, her household name carries opinions heavily laden across the spectrum of partiality. She’s been a major innovator in the field of women in music, coordinating the Lilith Fair from 1997-1999.  Lilith was a wildly successful concert festival consisting of female-fronted bands and female solo artists, which also raised over ten million dollars for women’s charities. The trio of albums she released in the 90s (Solace, Fumbling Towards Ecstasy and Surfacing) are consistently striking, compelling and utterly masterful works of pop music that helped redefined the female alternative voice for McLachlan’s generation.

In the 2000s, however, she’s been far less industrious, and, in many ways, far less interesting as a figure. 2003’s Afterglow was pretty strong, but many of its songs sounded like Surfacing tracks that lost their whimsy. As is her wont, McLachlan then barraged the public with a surfeit of compilations: two live albums, a Christmas record, another remix disc, a Best Of survey, Fumbling re-issued and her second collection of b-sides and rarities. All of this came before 2010’s Laws of Illusion, which surprised many fans by being so potent and powerful.

Even still, there’s always been an earnestness to McLachlan’s persona, as well as a captivating charm to her music that continues to make people pay attention. Her sold out show in February at Oakland’s Paramount Theatre is another testament to the fact that people are still very interested in Sarah McLachlan. All the frustrations with her seeming scarcity of ingenuity at this point in her career are valid and credible, but leave it to McLachlan to look those exasperated listeners square in the eye, crack a wry smile and belt out with that angelic voice, leaving behind all that disappointment. She in no way denies these feelings, but thankfully she doesn’t indulge them. She just proceeds with doing what she does best– delivering incredible live shows that continually wow her audience, leaving them breathless.

The premise of this tour is fairly different than any of her previous outings. Rather than be focused solely on McLachlan’s catalogue, she invited along two other musician friends to play with her– Melissa McClelland and Butterfly Boucher (who many will remember as her opener back in 2004). McClelland and Boucher lent their voices in harmony to McLachlan, and then each artist played four songs from their own respective catalogues throughout the show. Dubbed “Sarah and Friends,” the show truly was a collaborative effort, and so much more powerful because of it. McClelland provided the right amount of rock/country soul, while Boucher delved into trickier emotional territories and fearlessly worked outside of many traditional pop structures, giving the impression that Sia is both contemporary and major influence. While their songs certainly held up when placed next to McLachlan’s, it was their presence that really transformed the show, because they completely put McLachlan at ease. Their harmonies were always on point (and impressively on key), keeping the vocals consistently strong (how could it not be when McLachlan is leading?), but they also added a much-needed informality and affability to the show.

Sarah also conducted a “Question & Answer” segment twice during the show, giving fans an even more intimate look into her life and her sharp sense of humor. For an artist often described as unrelentingly lovable, she actually has a fierce wit that often comes across as somewhat mischievous. She was not afraid to discuss her sexuality and personal life, and her willingness to do so dissolved a lot of the tension filling the room. She also did not yield from talking about her recent divorce from Ashwin Sood, her former drummer. At one point, an audience member yelled out, “I love you Sarah!” to which she responded, “Well, I’m glad YOU do!” Her playful self-deprecation broke the ice and offered a glimpse into the woman behind the huge public persona that precedes her.

The show focused heavily on her Afterglow and Laws of Illusion output, but when she did dig back into her catalogue, she chose songs that truly exemplify her songwriting craft. While “Awakenings” (from her new album) is brawny, bold and forceful, it seemed a slightly odd choice to begin the evening. Thankfully, she immediately launched into “Building a Mystery,” one of her finest (and most catchy) songs, from 1997’s Surfacing. “Stupid,” one of her singles from Afterglow, was surprisingly virulent and affecting, with McClelland and Boucher adding gorgeous harmonies behind McLachlan’s soaring voice. The first set was very hit-heavy, and understandably so– McLachlan’s had an abundance of songs become widely popular throughout her career. Still, it was the second set that really held the magic of the evening.

After a short intermission, the three girls returned on stage for McClelland’s “Segovia.” Their voices intertwined to create a beautiful sound, and any disappointment at the lack of McLachlan’s repertoire being played soon dissipated. Boucher’s “A Bitter Song” was equally powerful, and exceedingly haunting. They then played an acoustic-based set of “Good Enough” and “Path of Thorn (Terms),” both executed with grace and aplomb. The latter was especially poignant, and it was a welcome venture, as it was the only pre-Fumbling song played during the show. “Hold On” was absolutely breathtaking, and dedicated to a woman in the audience suffering from cancer, leading many to burst into tears. It was an emotional rollercoaster, but McLachlan held the course and gave a superlative performance.

While Mirrorball (The Complete Concert) is still the definitive Sarah McLachlan live recording, this “Sarah and Friends” tour may actually be her best outing yet. Perhaps, though, it would not translate as well on tape, because you miss the vibrancy of the audience during the Q&A moments, as well as the inclusion of McClelland and Boucher’s material. Like most when entering into a discussion about McLachlan, it was impossible to go into the show without some idea of what to expect. And while many of those expectations were confirmed, McLachlan delivered a show that also exploded those presumptions. She may not be at the top of her songwriting game at this point (sadly, she probably doesn’t have another Fumbling Towards Ecstasy in her), but she’s certainly in full command of her talent and knows how to achieve an outstanding experience. 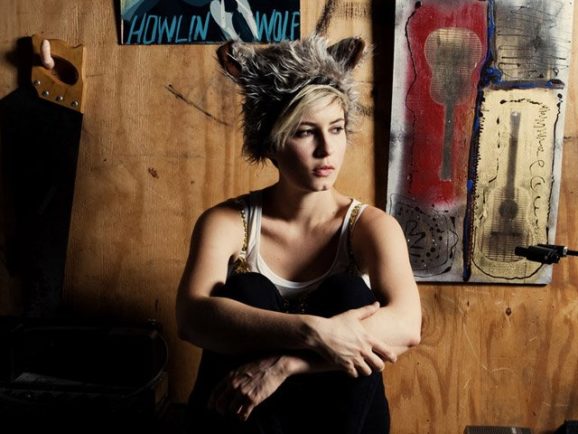