Vanessa Carlton: Rabbits on the Run

Vanessa Carlton is one of those millennial generation artists who got pegged as a certain type of singer-songwriter, inextricably tied to the rise of saccharine power pop. Ever since her breakout hit “A Thousand Miles,” she’s lived in the shadow (and pressure) of early success. On Harmonium (2004) and Heroes and Thieves (2007), the follow-up albums to debut Be Not Nobody (2002), it was evident that Carlton was both resisting the media’s obsession with her sweetly naïve smash hit single and encouraging music listeners to dig deeper– to discover that there was so much more to her art than a wickedly catchy piano riff and breath-heavy vocals. Unafraid to engage more somber subjects, and even in some cases stir up some controversy (see her third major single “White Houses,” which many attempted to censor over suggestive lines), Carlton worked hard to redefine herself in the eyes of the consumer. But, after dissolving her record contract, thereby leaving the cadre of those who championed her early career, it seemed that Carlton was finished with the pop music scene. In fact, she explored scoring films and writing only instrumental music.

Slowly, though, the songs began creeping in, and thankfully so. Rabbits on the Run is unequivocally Carlton’s best effort yet; a beautiful culmination of years of soaring highs and devastating lows, rolled into an elegant, thoughtful collection of ten songs. Much of its strength lies in the consistency of the work, which has not necessarily been a feature of Carlton’s previous three albums. Even though she’s written forceful, spirited pop/rock music since 2002, there has been a good amount of filler as well, but on Rabbits, there’s none to be seen. It is a lean record, employing a brilliant economy of word and sound to communicate directly and purposefully. For the first time in her career, it sounds like Carlton took shrewd editing eyes and ears to her work, weighing what was most effective, regardless of how obscure the song may be. It’s thrilling to see an artist who has been active for over a decade attack a project with such astute perspective.

Unencumbered by the moodily erratic production that Stephen Jenkins provided on the last two records, Carlton’s music on Rabbits speaks truthfully and without artifice. Producer Steve Osborne gives these songs plenty of room to breathe, so that no moment on the album reeks of claustrophobia or unnatural shine. Finally, it’s undeniably evident that Carlton’s songwriting hand is skilled and adept. Also, they recorded Rabbits directly to tape, giving it a spontaneity and richness that is characteristic of albums from the 60’s and 70’s. The sonic landscape of this record is vast without being overbearing, unabashedly veering into newer territories with vigor and ambition. The closing track “In The End” is a perfect example of this, as Carlton sounds at points disembodied, drawing on Portishead, Björk and Radiohead as influences to forge an exquisite three minutes of atmospheric music. Its instrumentation is actually previous track “Tall Tales for Spring” slowed down, but “In The End” is a wholly novel creation. Rooted with a strong Russian-like piano line and joined by haunting harmonies and eerie strings, it is nothing like Carlton’s ever done. But this alone doesn’t grant it refuge from criticism. What does is that it’s experimental and successful– a very delicate balance often misjudged and fumbled.

One of the major grievances with Carlton’s repertoire in the past was how much of a baby-like and breathy voice she used while singing. After a few songs, it could be grating because it didn’t sound natural– it came across as affected, done to align with the cultural inclination toward nasal female pop singers. On Rabbits, though, Carlton’s voice has thoroughly evolved, using her upper register without pushing it uncomfortably into chest voice. Too often is the term “mature” thrown around lazily to describe an artist’s new work, but that label is quite apt for Vanessa Carlton on Rabbits on the Run. Her keen sense of pitch, the pleasant roundness of her tone and the strength of her instrument unite to produce a voice that is new for Carlton and totally welcome. And in this way, it’s a great parallel to the album as a whole. After running the same race for almost ten years, Carlton embraced failure and got off the track, willing to investigate her aesthetic journey with conviction and an open mind. She’s returned with the most honest and dynamic work of her career, redefining her path and picking back up the pace. But this time, we all should be listening. 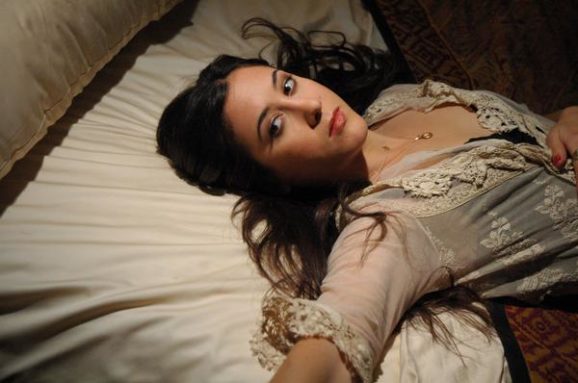