The three remaining members of the original R.E.M. lineup have been more than just dutifully loyal to their legacy since the departure of drummer Bill Berry in 1997 following New Adventures in Hi-Fi. Their respectful attitude–as much as an implicit acknowledgment of their chemistry –compels recognition of their history in the 25th Anniversary packages such as this one devoted to Life’s Rich Pageant.

Released in 1986, R.E.M.’s third full-length album represented a willful, if careful, nod to the mainstream in collaboration with producer Don German, who had made a name for himself working with John Mellencamp. Adorned with the first cover art featuring the visage of one of the group (albeit in a partially obscured head shot of Berry), this is the record R.E.M. began to make itself more clear, not just in Michael Stipe’s markedly more prominent vocals (rendering his lyrics ever more cryptic so by the selective clarity of certain phrases), but in the mechanics of the band as well.

Particularly on the remastered disc inside this mini-box (enclosed alongside a booklet, postcard portraits and a poster), Mike Mills’ bass drives the quartet, though measuredly so, while his counterpoint vocals, like those on “Just A Touch," fill out the sound as much as extra instrumental touches like the organ near the end of "Begin the Beguine." It’s little wonder guitarist Peter Buck was never tempted (apparently) to overplay!

Following the concept of previous R.E.M. reissues, the second cd here includes demo versions of all the songs eventually released on the album (as well as some tunes like “Rotary Ten” that would not appear until later releases).  A fascinating trip through the composing and arranging mind of the band, the contrast of the official release here with its counterparts is as sharp as with the last 2-cd set Reconstruction of the Fables. But whereas the demos for that recording had a clarity the ‘finished’ product lacked, the reverse is true here, at least in the way the tracks are sequenced.

The music sounds increasingly diffuse as the 19 cuts roll on, demonstrating that, while the drama in the music was there at the very start, Gehman clearly did an admirable job applying the focus necessary to maximize that virtue, meanwhile striking a balance with accessibility. “Bad Day,” with its blowsy Dylanesque harmonica, deserved to be dropped, while “March Song (King of Birds)” needed more work before it appeared on the very next album. And it’s a rare coincidence indeed for the evolution of a group to coincide with its commercial breakthrough, which is what happened in 1987 with Document.

Still, as accomplished and comfortable with themselves as R.E.M sound here, their eccentricities and idiosyncrasies remain, true to the alternative label they had originally earned for themselves. This fan-friendly package preserves their sense of humor, for instance, by leaving unlisted the cover of The Clique’s “Superman” on these modern day outer graphics. More striking however, is how this deceptively simple, imaginatively-arranged rock and roll sounds both fresh and contemporaneous with the likes of Dr. Dog and My Morning Jacket. 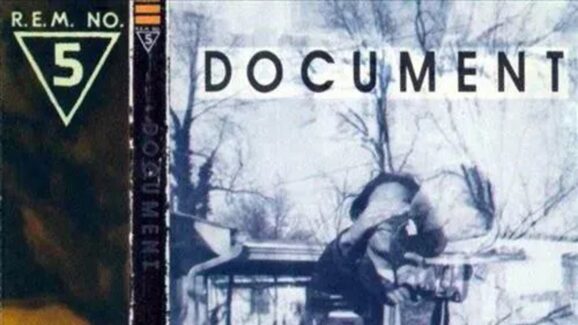 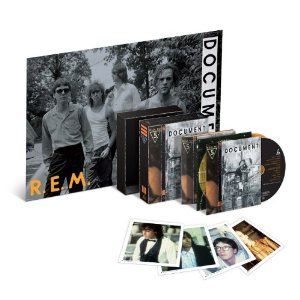