For someone who can put out four EPs in as many months, its no surprise when Brooklyn transplant Joseph Arthur releases a new record.  But that level of production doesn’t equate to rush jobs or a race to market.  Sometimes, as Arthur reminded us recently, ‘if you’re an open vessel,’ it’s simply the rapid pace of a frantic, creative mind.  So during a brief state of rest, we caught up with Arthur to discuss he latest work.

How do you balance maintaining the spontaneity in your songwriting with the often slow pace of studio recording and producing?

What was it like working with people like Liz Phair and Jessy Greene of Fistful of Mercy on your own compositions?

Other people bring something to whatever you’re working on.  Collaboration is sort of magical because hopefully if there’s a good chemistry between people, then the whole is greater than the sum of the parts.  A kind of electricity, hidden things are found when you collaborate.

How does your love of jazz and fusion bass continue to affect your songwriting?

You play guitar, bass, keys, and drums on this album.  How do you decide which instrument you are going to play on each track?

It’s part of the momentum of making something.  You make the decision at the spur of the moment by listening.  It’s kind of like painting a picture- you put a bunch of paint on a canvas and you start thinking, “Oh it needs this” or “it needs that”.  Usually I never predetermine anything like that; it’s in the moment.

Were the orchestral accompaniments on songs like “Someone to Love” part of your original ideas for the album or a part of the production process?

More just spontaneous.  There’s a string thing on a lot of the songs. Jesse Greene did the strings, we put that on a few songs and I really liked the way that worked.  We just decided to use that as a personality on the record.

What was your inspiration to start your own record label?

Just being on labels and wanting more independence, more freedom to put out music as I saw fit, without any kind of oppression or anything that comes from dealing with other people’s perspectives and money.  That was the whole impetus behind starting my own label, but I found that its almost as hard to do it on your own as it is to do it with a label.  There is no sort of easy path. I was a little naive but at the same time I really love having a label and I feel fortunate.

Looking back on the four EPs in four months a few years ago, what do you think of those songs now?

I actually did four EPs before, so it’s something I’ve done in the past.  The way it was promoted was different.  When I did four EPs before, they kind of put them out without saying anything for the press or doing any PR thing with it.  They got ignored a little bit, which I think was better for the way people circuit- the perception I should say.

I think when people put out a lot of music, there’s this misconception that that means they’re not editing themselves and not putting out substandard things, but I think the opposite of that is true a lot of the time.  Historically the greatest rock and roll bands and rock performers put out lots of records in a short period of time and those were their classic landmark records.  The Beatles did their whole thing in five years, Iggy Pop put out a record a year, David Bowie would put out two records a year.  There seems to be this thing that if you’re putting out a lot, you’re putting out substandard stuff.I don’t really believe that.  If you’re an open vessel and free, that’s creativity at its most powerful. I also think its healthy for an artist to not be overly protected and perfectionist about what they put out.

I feel good about those EPs, I think it’s cool.  the record I put out right after those four EPs got unjustly overlooked because of that.  I regret the way we sold it, for lack of a better word, or promoted it.  I think we should have put the EPs out more in a quiet way, but hindsight is always 20/20.Temporary People which came out on top of those EPs kind of got overlooked because at that point the market got flooded. 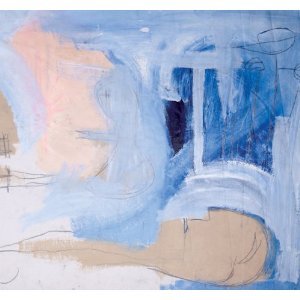