Cake’s recent show at Oakland’s ornate Fox Theater saw the venue full, but not sold out. The stage was set with an aging square banner with a taped-over hole and Cake’s “Unlimited Sunshine Tour” logo acting as a backdrop. Thankfully, there were few lighting gimmicks and the only stage hype was an awkwardly, ironically long retro-synth solo to bring them on the stage. The banner, the logo and the tour name have been in use since 2002. The band was an hour’s drive from their hometown of Sacramento, where they take a two week break before heading to Europe, even after a year of constant touring. Cake was fatigued, but full of spirit as they played a ninety-minute set for a mixed crowd of enthusiastic fans, many of them home-towners coming to see their local boys on stage.

Despite the fact that the tour’s name was pulled from larger, multi-act tours from nearly ten years ago, a majority of the material was not. 2011’s Showroom of Compassion carried the evening, released on the band’s own label and recorded in a solar-powered studio that took several years to build. Although the Compassion was being showcased, the lack of rebranding (or at least a refreshing) of the look for Cake’s first album in seven years contributed to the tired projection emanating from the band. Lead singer John McCrea’s beer-guzzling, frat-wear look with matching demeanor and horn and keyboardist Vince DiFiore’s blue blazer only made things seem a bit more jaded and worn. Based on appearances alone, one could think there was a long night in store.

However, even with the signs of wear, the spirited band and their energetic longtime local fans carried the day. The crowd remained enthusiastic and worked with the band to make the evening worthwhile, dancing along to track after track played from Compassion, even after McCrea jokingly bait-and-switched three times about moving on to older, more well-known material. McCrea’s sing-along schtick for “Sick of You” had a good run, and the crowd even remained patient as McCrea overdid things with the vibraslap – playing off-rhythm and using the instrument too often through the course of the convert – even during songs such as “Mustache Man (Wasted)” in which the vibraslap was used in studio.

Still, Cake did not take the easy way out, avoiding songs like their widely-known cover of “I Will Survive” and others that could have easily manipulated the audience. McCrea demonstrated a stronger voice than the studio allows, sounding more like a full-voiced version of Green Day’s Billy Joe Armstrong than the of Beck that projects on Cake’s recordings. Also, when the band had opportunities to jam, McCrea and DiFiore, along with bassist Gabe Nelson and drummer Paulo Baldi, demonstrated that this band is not just a vehicle for its lead singer by providing golden moments in which they worked extremely well together, like on the synth “Short Skirt/Long Jacket”, a track driven by both keyboard and guitar. With Cake, the whole is definitely greater than the sum of its parts. 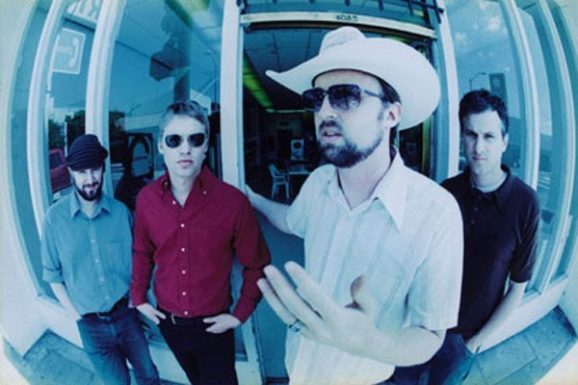