Cake’s appearance at the Raleigh Amphitheater didn’t include their disaffected traffic serenade “Long Line of Cars,” but it did contain a long line of songs from the band’s 20-year career. In fact, “Long Line of Cars” was about the only song they didn’t play that would be expected by the 3,000 or so people in attendance. Armed with a disdain for cameras of any kind and a relatively modest production featuring a disco ball and desert backdrop, the veteran band unfurled two separate sets full of aging college radio gems, indelible alternative hits, and new songs.

Settling in for a show and intermission that took three hours to unfold, the band turned their pre-recorded intro into a kind of never-ending climax before finally taking the stage with the odd opening choice of “Sad Songs and Waltzes” – a Willie Nelson tune that Cake is known for, but a strange starter. A string of relatively lesser-known tunes from the band’s considerable catalog followed: “Opera Singer”, “Guitar”, “Frank Sinatra”, “Comanche”, “Ruby Sees All”, and the ridiculous call-and-response of “Sheep Go to Heaven” – all familiar tunes to anyone who has heard the albums, all unfortunately undermined by the near-complete absence of bass. A little low-end, especially during the more upbeat moments, would have been welcome; bassist Gabe Nelson was certainly giving it his all up there. Sure, the band’s appeal has always fizzed forth from the combustion of leader John McCrea’s dryly intoned vocals and the band’s sonically wry combination of country and western, Mexi-Cali/Mariachi, funk, and rock music, but there was less energy than needed to truly get the show going early on in the evening. McCrea did manage to keep the crowd involved with plenty of banter and audience participation bits.

The end of the first set and the start of the second set heavily featured tunes from the band’s latest album, Showroom of Compassion. Those fine tunes – “Mustache Man”, ‘Federal Funding”, and “Long Time”, in particular, gel neatly with the songs everyone came to hear, which were, of course, performed together in a rousing climax. Another deep track (“Long Line of Cars”) would have fit nicely into the second set if McCrea hadn’t spent a solid ten minutes giving away a plum tree, but the onstage tomfoolery proved entertaining nonetheless and the band played “Thrills” as a bed behind the tree ceremony.

Veterans they are, it seems McCrea and his band-mates are more worried about their lasting legacy as Earth citizens than as musicians. In the end, Cake finally obliged with a string of crowd-pleasing hits that kicked off with the winking “Rock and Roll Lifestyle”. The forlorn mantra “Wheels” and yet another of the band’s metaphorically vehicular tunes, “Stickshifts and Safetybelts,” precluded the set-closing anthem “Never There,” which finally got the speaker system and the crowd working at full throttle. Predictably, the encore included an extended take on the irrepressible pop-funk stalwart “Short Skirt/Long Jacket” and a heart-pumping version of “The Distance”, by far the band’s most ubiquitous material. Surprisingly sprawling and laid-back, this Cake concert was a multi-layered affair that suited the band’s newfound love for catalog-diving and paid loving tribute to their history. 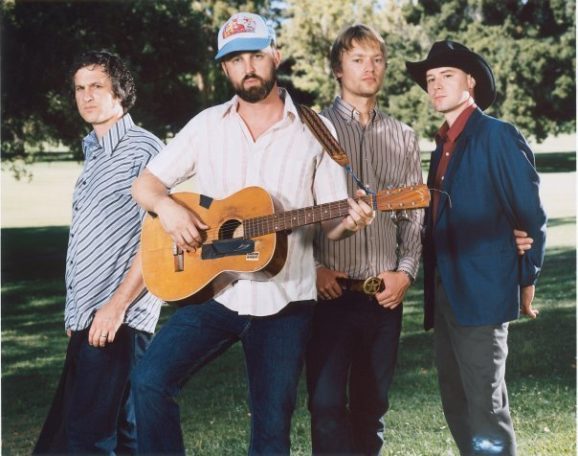