The North Mississippi Allstars’ 11.11.11 Live is emblematic of this band’s understated approach to their career since reuniting for last year’s Keys to the Kingdom. Released with little fanfare through their own website, available as digital only audio and double DVD in economical packaging on their own ‘Sounds of the South’ label, 11.11 finds NMA embracing their collective role as contemporary heirs to the longstanding tradition of the blues.

Accordingly, it is no surprise the performance is charged from the first downbeat of drums, beginning immediately as Cody Dickinson sits down at his kit. Along with bassist Chris Chew, they do indeed sound like, as the opener, proclaims, “sittin’ on top of the world.” The firm timekeeping they establish remains insistent and grows increasingly so throughout the performance, in direct proportion to how hot Luther Dickinson scorches on guitar, with and without slide.

There’s no innovative video editing or extraneous effects in the production here, but then it’s not necessary: conventional theatrical lighting magnifies the ghostly air of this music, while the projections on the video screen stage rear complement the music (especially the shot of the late Jim Dickinson with his two sons). It might’ve been a valuable bonus feature of the DVD (besides the thirty minute record of Luther’s solo appearance at a local music emporium called ‘Twist and Shout’) to offer the option to watch the concert without the interview segments   or, alternately, watch the dialogue in its entirely outside the performance content; if they are not truly articulate, The North Mississippi Allstars never cease to be proud of their background.

More reflective and insightful than his comrades, befitting the chief songwriter of the unit, Luther’s comments in particular are worth paying attention to, though far less so than the music, where the lessons he’s learned come brightly and resonantly alive. As on Curtis Mayfield’s “People Get Ready,” a more modern example of R&B/soul music, the light touch of his fretwork can sting with intensity. Much of this material is similar in both melody and rhythm, but The Allstars pace themselves effectively by interweaving instrumental passages like that of “Ship.” Cody’s use of brushes and tambourine, not to mention his de rigueur washboard spotlight on “Rollin’ and Tumblin’,” add extra texture to the sound and the Dickinsons’ acoustic duet “ML (Goin’ Home)” is a bonafide treat in itself.

Instead of descending into monotony, the recognizable thread of beats and chord progressions in tunes such as “Shake Yo Mama,” “The Meeting.” “Keep The Devil Down” and “Freedom Highway” become threads of continuity, which, over the course of two hours on the two DVDs, becomes a statement of purpose and justified pride on the part of a singular band. It’s little wonder the crowd filling the Bluebird Theatre in Denver jumps and hollers so willingly along with The North Mississippi Allstars. 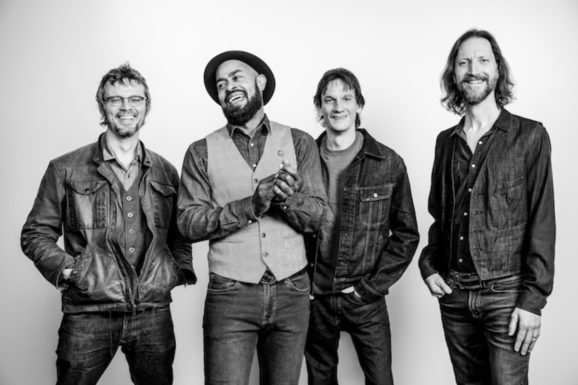