June 15, 2018 by Joey Willis in Album Reviews, Reviews No Comments 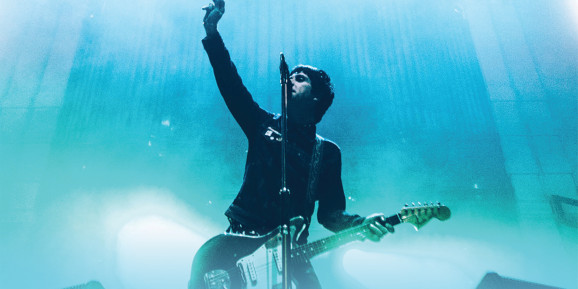 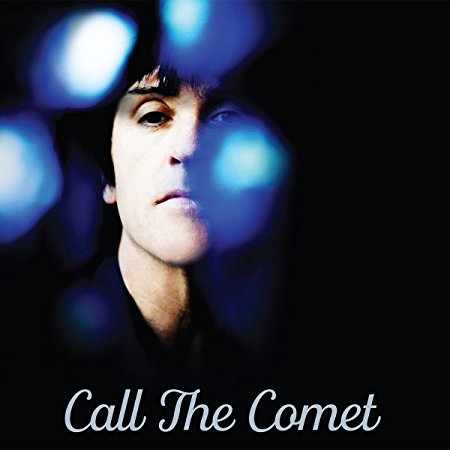 In the decades following the dissolution of The Smiths it seemed that Johnny Marr was content to sit on the sidelines, offering his immeasurable talent to other songwriters. The past three decades have found Marr playing as a member of Modest Mouse, The Pretenders and many others.  However, until 2013 Marr had only put himself out there as a frontman once with his project Johnny Marr and The Healers, which only saw one release, Boomslang, in 2003. Though the album held up on its own, it would take another ten years before Marr released his debut LP, The Messenger. Having been the co-writer of such a huge music force as The Smiths, Marr understandably has long lived in the massive shadow cast by Morrissey. However, with the release of Call the Comet, Marr proves that he has what it takes to make a name for himself no longer connected to other songwriters.

From the first track, “Rise”, the promise of a riff-heavy album is immediately evident.  The track “Hi Hello” sounds most reminiscent of Marr’s writing with The Smiths. His signature jangly guitar plays over synths that instantly bring to mind songs like “There Is a Light That Never Goes Out”. Interestingly, the first single “The Tracer” does little to represent the album as a whole and is probably one of the weaker songs on Call the Comet. The use of “Hoo, Hoo” call out vocals are all too prevalent in songs these days and make Call the Comet seem like a cliché pop-rock album. Luckily, other tracks like “Spiral Cities” and “Actor Attractor” help to set the album apart. Electronics combine with Marr’s signature sound to create something wholly its own. Seemingly channeling his inner Marc Bolan, the glam-rock influence on “Hey Angel” makes it one of the most standout tracks on the album sounding like a mix of T-Rex and Oasis.

Though Marr has always been more musically creative than his former, outspoken songwriting partner, the spotlight has fortunately been turned more towards Marr in recent times. Moz’s penchant for inflammatory comments and frequent gig cancellations has had even the most loyal fans up in arms. Though Marr has been mostly content to support other bands, his recent solo output has steadily been garnering fans of The Smiths and it is well deserved. While Call the Comet doesn’t reinvent the wheel for Marr, it is a solid album from one of England’s best-loved songwriters of the past thirty years.

About the author: Joey Willis