Mike Doughty and Ray LaMontagne sharing a bill is like having Dave Chappelle followed by Steven Wright at open mike night. Both are talented at what they do, but what they do is equally different. So it was only fitting on a day that the world was focused on the various Live 8 stages, that the two distinct songwriters gave the audience a fresh break from the Bono and Paul McCartney’s of the world media stage.

Doughty, touring in support of his ATO record debut Haughty Melodic, was in a jolly of a good mood announcing, “it’s great to be opening for Ray LaMontagne, a man with a very bright future.” The former Soul Coughing frontman was armed with an acoustic guitar and an upright bass player named “Scrap.” Doughty was giddy as a 15 year-old schoolgirl, taking fun loving stabs at his bass player in between songs and dabbling in random curses, even joking that he would never be invited back to Higher Ground.

Taking requests, which routinely answered to Devo chants from the mixed age crowd, Doughty had enough time to break a string and let Scrap take a humorous maraca solo. To add to the Smothers Brothers flair of the show, Doughty even had a chance to give his views on Live 8 and admit,”I fucking hate VH1,” in regards to the station breaking coverage of Pink Floyd to televise their field correspondents instead.

With a short opening slot, Doughty was able to do his American take on the “Madchester” bands of the late ’80s and early ‘9o’s with his danceable singer-songwriter, hipster folk. Bouncy songs like “Busting Up a Starbucks” or “Thank You, Lord For Sending Me The F Train” certainly solidified that he’s moved on from Soul Coughing into a venture equally appealing.

Ray LaMontagne certainly has the power to shut up a mingling crowd. As the audience was busy-bodying between sets, the Maine resident walked out with his head down and quietly took the stage and so forth making the room effortlessly silent. Clearly uncomfortable in the spotlight, the man lets his music do the talking with his brand of folk rock rooted in the 70’s vein, yet blossoms with the soul of a Ray Charles or Joe Cocker.

With a largely successful debut album, Trouble, LaMotagne is still full of worries and mumbles inaudibly when he talks. Repeated females from the crowd yelled, “I love you Ray,” to which the smirking bashful artist answered with a humble, “thank you, that’s my mom.”

Opening with the goosebumper “Burn,” with the opening chords of “Oh, mama,” LaMontagne had the crowd in awe of his heartfelt vocals. After trying out a number of new songs, he dryly said, “I’m just going to continue on the show with the sad shit.”

Wiping his eyes between songs, covering his hands with his face and talking to himself, it appeared something was bothering LaMontagne this evening. After stopping mid-song, LaMontagne admitted that the “sound fucking sucks,” as he couldn’t hear himself sing. Although this was clearly an unprofessional move, it all still sounded pretty damn good from the floor, as his scarred voice peaked at the most opportune times during versions of “Trouble,” “Hold You In My Arms,” “Forever My Friend,” and “How Come.”

Looking fatigued from the evening’s sound difficulties and his recent rise to fame, LaMontagne paid condolences at the end by saying, “I really hope the sound wasn’t as frustrating for you as it was for me.” Whatever Ray, just keep doing what you’re doing. 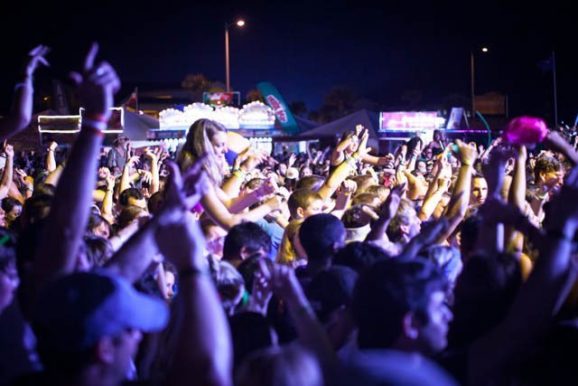 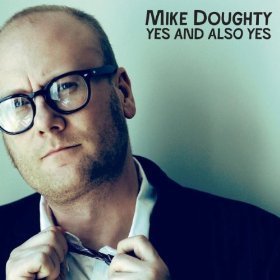