Devin Townsend Breaks His Own Boundaries on ‘Empath’ (ALBUM REVIEW)

Though he made his name in extreme metal with the band Strapping Young Lad, Devin Townsend has spent the better of nearly 25 years exploring musical ground in his solo career. He has traversed genres, and expectations alike, culminating in his latest work, Empath.

Townsend set out with an idea, that he can be more than a summation of everything he has covered across the span of his career. That he can put out not only an album, but in some cases a single song that can touch the genre of progressive metal but also focus on elements of death metal, electronic music, ambient music, country, musical theatre, acoustic, and everything else. In response to this thesis, Devin Townsend has turned into some of this most challenging, yet rewarding music of his career.

The album starts out with a sometimes unbearable explanation of this thesis, “Genesis.” Throughout this song, which starts as a formation of nature sounds which culminates into a chorus of horns, that seamlessly devolves into quick tempo changes, electronic sounds and a complete lack of structure, you see that Townsend is willing to paint with a vast palate. It serves as a suite of sorts; a way to preview the chaos to which is about to unfold. Townsend is uninterested in making his album sound a certain way, but rather as “progressive metal” as a color to which his masterpiece if about to unfold.

The unadulterated synaptic assault of “Genesis” is quick to give way to the highlight of the album, “Spirits Will Collide.” Townsend uses a gorgeous choir to build his message of resilience and shows his knack for melody which crescendos to a plea to remember the strength within from depression. As Townsend reminds his listeners to “remember the flame in their heart burns strong,” the passion with which he extends this message is practically injected into the listeners soul, forming some of the best work that Townsend has ever recorded.

From there, Townsend launches into “Evermore,” a track that begins inauspicious enough and eventually devolves into a bass and prog heavy fun riff that is one of the best earworm choruses the album has to provide.

By this point in the album, it is abundantly clear that Townsend is here to put us on a journey. Not only is Empath an amalgam of everything Townsend has put forth to this point, but every song and even the flow of the album is an illustration of that.

Take, for example, how the track “Hear Me,” is a pure death metal assault full of not only blast beats and aggressive vocals, but a sense of melody anchored with vocals from long time Devin Townsend Project figure Anneke van Giersbergen. Almost instantly after the song ends, it is followed by one of the most beautiful tracks of the album, a tribute to musical theater called “Why?” which features Townsend operatically accompanied by a full orchestra where you can almost envision him dancing and performing around an animated version of the birds you hear in the intro.

The album as a whole feature pockets of brilliance that come from nowhere. As the listens continue, it is clear that the lack of structure is the thing that will likely be the barrier. At any moment, any given song is equally as likely to turn into death metal or kittens meowing over a melodic guitar riff.

As a listener of the album multiple times, it is easy to see why the limitations of Empath are a source of preconceived notions of what an album “should” be. It is an album that refuses to confine to a single vibe or genre and can thus be seen as inconsistent. But the challenge is ultimately…should an album be held to those standards at all? Why should an album’s shortcomings be based on the expectations of what an album “should be?”

It may take multiple listens to purely digest the complexity of what Townsend has laid out. Townsend himself has stated in interview the album “emotionally intrustive.” But further listens and history will show “Empath” to be an incredible neuro-spazzing journey into the mind of a musical master. With repeated listens, you’ll be motivated to put it on again to fully capture the genius that is Devin Townsend. 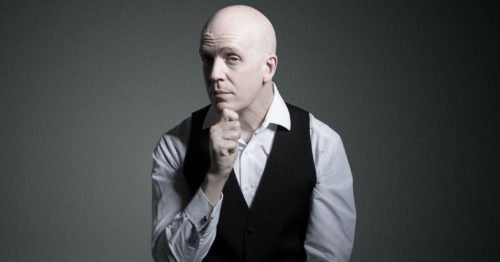 Devin Townsend on Creativity During the Pandemic and ‘Order of Magnitude – Empath Live, Vol 1’ (INTERVIEW)