With 82 tracks carefully collated over four CDs with a triple fold package  designed to hold them (alongside the accompanying 116 page booklet), the Stephen Stills anthology Carry On is borderline cumbersome but ultimately enlightening, as much perhaps for the light it sheds on such history-spanning collections as on this particular artist. Like any great album, the continuity of the vivid graphic design of Carry On mirrors that of the music inside.

Beginning chronologically and maintaining that logic more or less for its duration, the set was judiciously compiled with assistance from the guitarist, singer songwriter but primarily by his long-time comrade Graham Nash and photographer/archivist (for Neil Young) Joel Bernstein. The duo bring a healthy detachment to the project and, in so doing, keep it interesting for its duration through the interspersing of previously unreleased tracks, remixes and alternate versions of famous numbers that, sequenced in another way, might not so effectively illustrate Stills’ talent and versatility.

At the same time, the depiction of his career path as chronicled in Carry On does justice to the evolution of rock and roll since the man began playing in the 60’s and continues 50  years later (now not so much an exception as an evolving rule unto itself–see Rolling Stones and Eric Clapton). This set doesn’t just paint a portrait of Stephen Stills, but draws a timeline, albeit one more suggested that declared, of how this eclectic music has grown and changed over the decades. As such it should stand as a simultaneous reminder of and education about Stills’ contributions to that process in the various roles he’s assumed.

Disc One: Including two early tracks that economically reinforce the story of Stephen Stills’ roots as described in the multiple essays of Carry On, the clutch of selections from his time with Buffalo Springfield make a statement about the wealth of talent within a band that also included Neil Young and Richie Furay (eventually founder of Poco, a seminal country-rock unit in its own right). No question “For What It’s Worth” is instantly recognizable, but it may be arguable how many of those who hear it recognizes its author and lead singer. Similarly, the streamlined and seamless mix of fold country and rock within the Springfield sound is a template for a style that became pervasive in music culture and beyond as the 70’s came to full flower, though perhaps no more so than the more progressive approach to writing, playing and recording as typified by “Rock and roll Woman” and “Bluebird.”

In the context of this groundbreaking band, Stills posits himself as the consummate craftsman, a role he maintained as he began to collaborate with David Crosby and Nash. Attaining the popularity his prior band deserved but missed, Stills demonstrated attention to detail perhaps to a fault, the double-edged virtue as evident in famous tracks like “Carry On/Questions” (in an alternate mix) and Joni Mitchell’s Woodstock,” as well as a cut like “49 Reasons,” as attractive as its subsequently released version, if not more so, precisely because its more spontaneous.

Disc 2: The solo career of Stephen Stills is, for all intents and purposes, a constant battle of balance between the perfection of the recording process and the unique inspiration that comes from participating in a band. Thus, the audio quality itself of culls from his first eponymous solo album is seductive enough to mask the lack of depth in material as well-known as “Love the One You’re With,” while the well-oiled machine that was the seven piece Manassas group (including former Byrd and Flying Burrito Brother Chris Hillman) gave substance of its own to songs like “Jet Set (Sigh).” High-profile collaborations with Jimi Hendrix, here represented in a previously unreleased instrumental called “No Name Jam,” and Eric Clapton (“Go Back Home”) remain notable, but ultimately rank as fait accompli as the whole of the partnership is less than the sum of its parts.

Likewise, Crosby Stills Nash & Young, a combination of personalities rather than a true fusion of talents, except in the limited realm of acoustic harmony performances. Such as this live version of “Find the Cost of Freedom” from 1971 where the blend of the voices is as delicate as their working and personal relationships are fragile.

Disc 3: It’s no great revelation that Stephen Stills, like most musicians with more than a modicum of talent, was more often able to exhibit his skills in tandem with others than solo. Thus, while the impeccable sound throughout Carry On impresses, the heights of inspiration level off in line with those the man chose to work with…or not. The live acoustic coupling of “Crossroads”/”You Can’t Catch Me” displays Stills grasp of roots in concept–Robert Johnson and Chuck Berry equally important —but in execution is little more than showing off. Likewise, the literal minded “Spanish Suite,” rooted in Stills early life in Latin America and Florida, is less striking than its earlier counterpart “Uno Mundo” because it is so literal minded; the objectivity Nash and Bernstein brought to this anthology might well have benefitted Stills in his various projects under his own name, from exercises in style to the sculpting of lyrics.

Stills does elevate the sterling musicianship within his cover of Traffic’s “Dear Mr. Fantasy” when he plays and sings alongside Crosby and Nash on a track, like the title song from their 1980 reunion Daylight Again.

Disc 4: While more than a few of Stephen Stills’ middle-period compositions evince more than a little self-awareness, they were written and released at a time when actions didn’t match the words, to the detriment of his music and his collaborations. Yet Carry On erects a different framework for those statements such as “So Begins the Task,” “See the Changes” and “First Things First.” The latter-day productivity in his own name and in conjunction with others doesn’t so much trade on his early brilliance as deftly borrow elements from his early inspiration, whether of his own creation in the form of this liver 1983 CSN version of “Dark Star.”

The carefully researched credits for Carry On carry the message that, even as his celebrity star has waned, Stephen Stills has kept working as a means of keeping his creative juices flowing and thus allows a sparkling pieces like “Treetop Flyer” to emerge. Its bluesy likes populate much of this final disc, a taut atmosphere leavened by the bittersweet tones he creates with Crosby and Nash on the stripped down rendition of Bob Dylan’s “Girl From the North Country” in concert at the New York’s Beacon Theatre. Such an approach suggests a proportionate mix of courage and self-confidence manifest in the topical/ socially conscious realm (to which a single essay is devoted) of songs such as “Feed the People” and “War Games.” From the perspective offered by this box set, the character trait of which Stephen Stills may be most rightfully proud (notwithstanding his audition for The Monkees) is his willingness to take himself seriously. 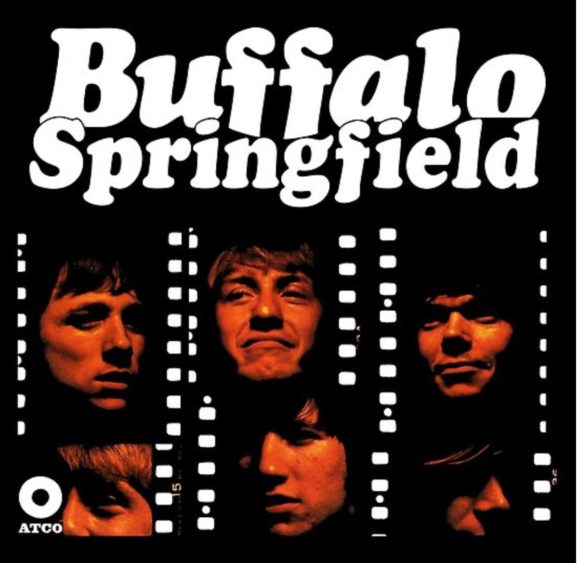 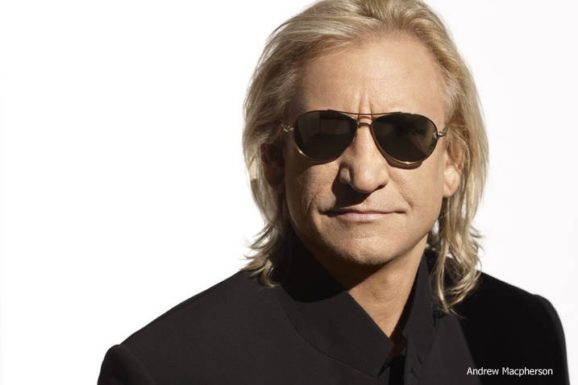 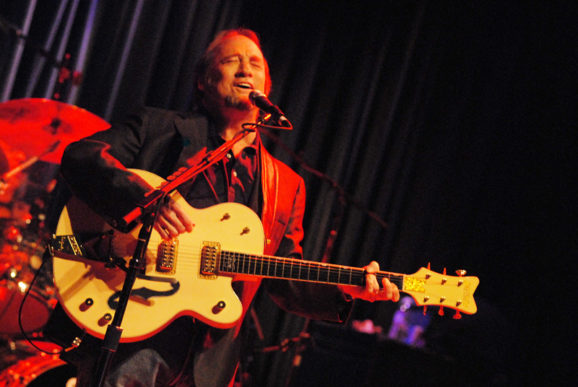