With rockabilly sensibilities, fervently emotive vocals and biting guitar chops, its no wonder that Christopher Paul Stelling might be Ben Harper’s new favorite collaborator this side of Mavis Staples and Charlie Musselwhite.

“It was like finding a John Fahey or Leo Kottke that was a really great singer,” Ben Harper said about working with the Asheville based singer-songwriter.

Today, Stelling is announcing the release of his new album titled Best of Luck, produced by Ben Harper that will be released on February 7 via ANTI. The record also features Jimmy Paxson (Lindsey Buckingham, Stevie Nicks) on drums and Mike Valerio (Randy Newman, John Williams) on upright bass.

Stelling’s virtuosic fingerpicking and heartfelt vocals hit a nerve with Harper as he explains, “I really believe this record is the intersection where folk and soul meet.” While many artists have glued grooves with lyrical poignancy, Stelling offers a divergent folk path with a contagious whirl of blues, boogie and rock-steady.

The album’s title, Best Of Luck, mirrored perfectly the emotional landscape in which it was created. “Depending on how you say it, it can either be a blessing or a dismissal,” Stelling says. “And that was exactly the point I was coming to with myself, my career as an artist, as a friend and as a person.”

The recording of Best Of Luck culminated on a rainy night in Los Angeles, but the whole thing really began back in North Carolina. Stelling calls Asheville home, though he has been in a state of near-constant motion for years. Leaving Florida while young to roam and perfect his craft, he made stops in Colorado, Boston, Seattle, New York and eventually North Carolina – all interspersed with relentless touring – hundreds of performances a year, in bars, coffee houses, nightclubs and theaters. 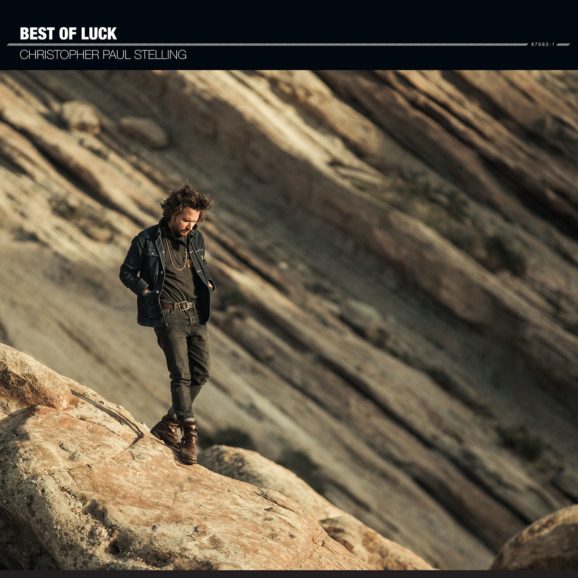 “The lifestyle of constant touring was gaining on me,” Stelling says. “And then I was back home, and in the abrupt silence, there was a clarity. The fumes of hubris I had been running on for years were all but gone and my relationship with my environment and myself had turned toxic. I was scared but resolved to persevere. On Christmas Day, after a few false starts, I gave up drinking and decided to take a look at myself.”

And then, as if following some greater cosmic narrative, an email arrived that New Year’s Day. It was Harper asking if he would be interested in making a record in Los Angeles. “I had never worked with a producer before,” Stelling says. “I had always controlled everything; it was how I had survived. But I needed a mentor and a friend; I was too far from shore.”

With this album announcement comes the video premiere of the exhilarating album cut “Trouble Don’t Follow Me.” Directed by Andrew Anderson, Stelling traverses the wooded roads of North Carolina in a ‘60’s Ford pick-up truck, until the truck breaks down and he must head towards both his destiny and his destination on foot.

“It comes as no surprise to me that one of my most optimistic songs could be written in the most difficult hour,” Stelling says. “When all I needed was a little hope and a song I could play night after night and not get tired of. Something that captured the basic recipe for endurance. A song about marching on, a warning to anything that might stand in your way, and needing to feel strong for the people around you, so you can inspire them to do the same.”

NOV 13
The Old Church
Portland, OR