Hours before a daunting Nor’easter was set to hit New England, Northern Ireland’s Foy Vance and his crew set up shop at the historic Somerville Theatre outside Boston on Wednesday, October 16th. Foy (vocals/piano/guitar) and Paul Hamilton (drums/vocals) – delivered a moving and industrious set that was chock full of emotion and verve! It had been almost two years since wrapping up his last tour in November of 2017, and after a period of reflection, writing and recording – Vance has clearly recharged and ready for the stage once again. Touring behind two new amazing studio albums released in 2019, Foy shared music that is important to both his past and present, while paying homage to his deeply rooted traditions. The first release, From Muscle Shoals, celebrates Americana. Whereas the second release, To Memphis, gives a nod to his love of traditional soul. Vance performed songs from these two new records and others from his extensive catalog. 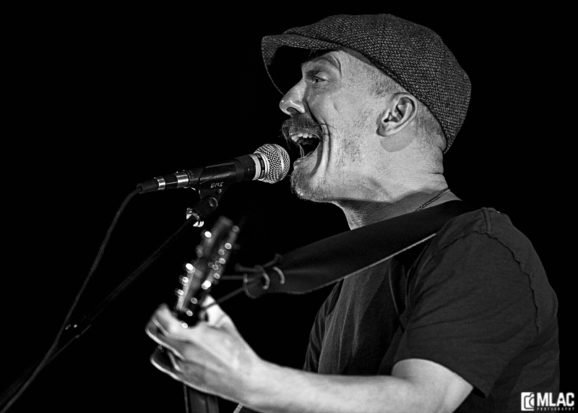 For this raw, cold and rainy night, just outside of Boston in the artsy and eclectic Davis Square – Vance took to the stage Casually dressed in a flat cap, well-worn T-shirt, blue jeans, studded belt and boots. Vance impressed new and old fans alike, with both his vocal and instrumental abilities. Jumping back and forth from the shiny, black grand piano to one of his acoustic guitars, Vance took his role in stride. Hamilton provided a consistent, solid foundation and included both a subtle and beautiful vocal accompaniment that allowed for Vance’s vocals to soar and for his fingers to explore the ivories and fretboard alike.

Following a loose setlist, Vance directed the set by feel from a large selection of prepared songs – several of which stood out in particular. “Closed Hands Full Of Friends”, which included an aural introduction where Vance explained that he had written it for a friend who tried taking his own life. “Burden”, the hit song re-recorded by country superstar Keith Urban, had Vance joking that the song was a bigger hit for someone else and proceeded to perform it in today’s pop-country style. The audience laughed at his spot-on impression of a southern accent and country twang before he cold-stopped, finding himself cracking up along with the audience – before performing the song proper with his acoustic guitar drenched in reverb. 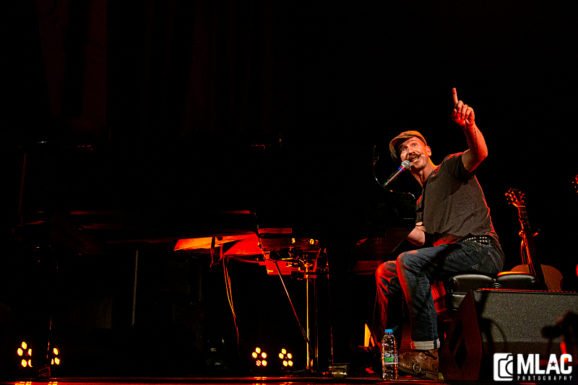 As serious as Vance can be while performing some of his heavier songs, he managed to find the time, multiple times actually – to put his sense of humor on display. At one point he reminisced about his last visit to Boston and how he didn’t remember the audience being so quiet. Riling up his fans, he poked and prodded with a comparison to New York City – which drew a low rumble of disdain and laughter from Vance. Later in the set, he made a point to show his gratitude by adding, “I appreciate that you’re here. I know that you have a lot of places where you could be on a Wednesday night.” This was the first sign that the set may be coming closer to its end. Sitting back down at the piano, Vance churned out the breathtaking “I Won’t Let You Fall”. It appeared that Vance may have wiped away a couple of tears afterward. “Fall” was followed by a glorious, yet melancholy “We’re Already In The Heavens”, which was most impressive and quite moving. 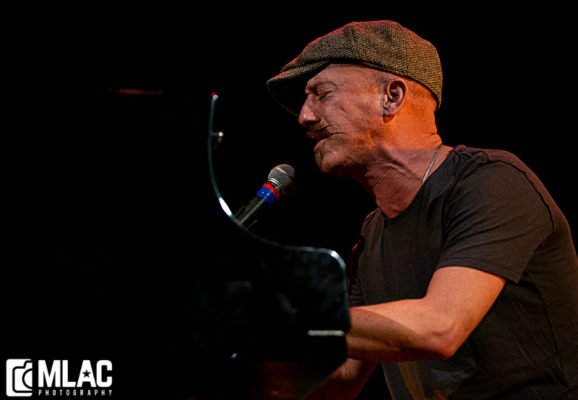 For an encore, Vance and Hamilton walked back onto the stage, greeted by a standing ovation. And, for one last hurrah, the audience was treated to the groovy “The Strong Hand”. Before the song’s closure, Vance left the stage with a traditional Irish good-bye – literally walking off behind the curtain, smiling, while singing the last refrains of “Hand”. It was not your typical performance, but Vance is not your typical, commercial artist. By playing his way – straight from his heart – his dedication to his craft and performance was palpable and those in attendance got much more than what they paid for the price of admission.