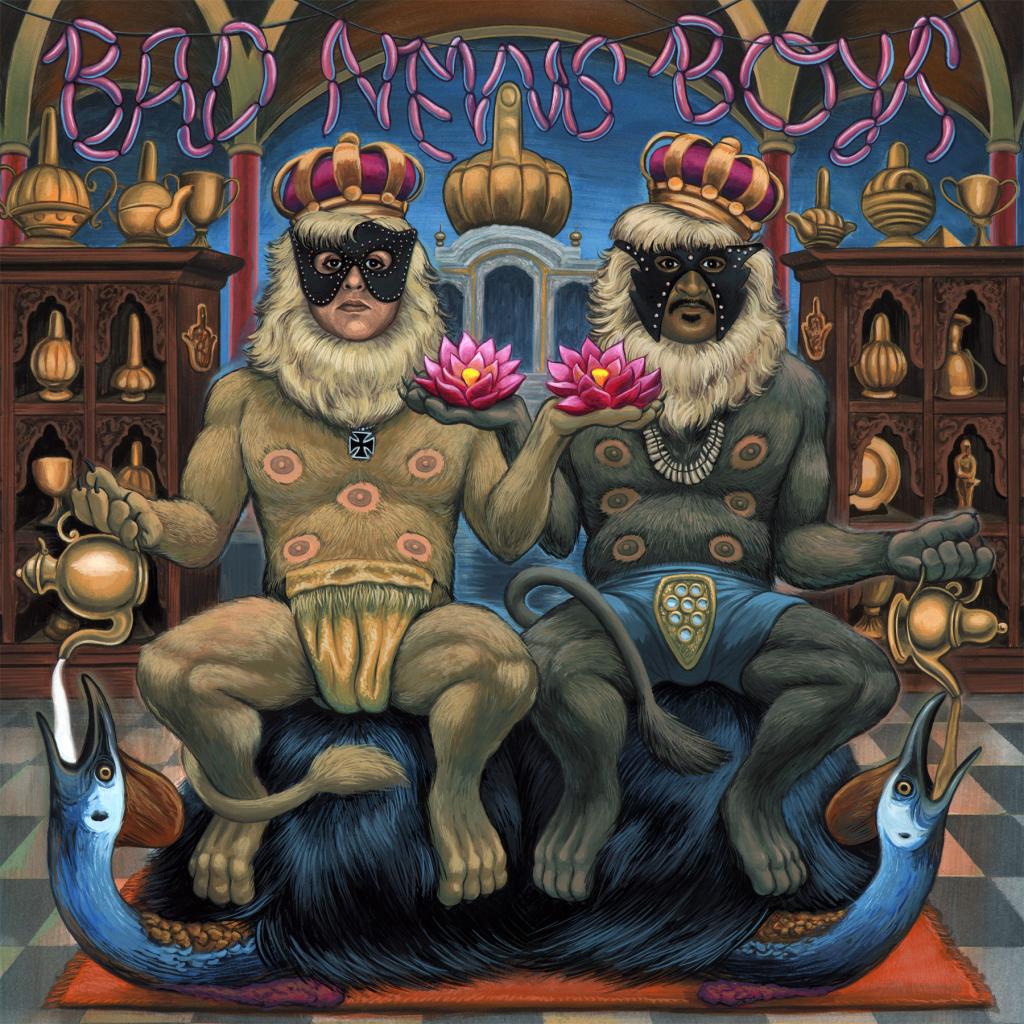 Québécois indie rock 4-piece Corridor is Sub Pop’s newest signing, pushing the Seattle imprint’s current ratio of international artists to over 20% of the roster. The Montreal quartet has the distinction of being the first Francophone signing in the label’s 33 year history, and with the worldwide release of Corridor’s third album Junior (except in their native Canada, which is handled by Bonsound), Corridor brings an emphatic je ne sais quoi to the lineup.

Corridor is Jonathan Robert (vocals, guitar), Dominic Berthiaume (vocals, bass), Julien Bakvis (drums), and Julian Perreault (guitar), after whom they named the title track and album, with the commentary that it “is in fact a tribute to Perreault, their “joueur étoile,” star player: in spite of his disappointed parents (“parents déçus”), he’s Corridor’s VIP.”

Indeed, Perreault’s guitar playing propels the album, and Junior‘s jangly post-punk glides across its 39 minutes with a palpable buoyancy. Casting an upbeat and anodyne spell, Junior’s mood hardly dips below blissful reverie (with the notable exceptions of the album’s couple of ballads “Grand Cheval” and closing track “Bang”), but on its most urgent tracks – especially singles “Domino,” with its call and response guitars and frenzied drums, and “Pow” with its fog-blanketed runaway disco beat, rigorous tom fills, fuzzed guitars, and warbling synth trills – Junior’s energy tips its hand to its hurried creation. Flash-recorded under threat of a looming self-imposed deadline, a full 60% of the album was written over the span of a weekend. This immediacy left Corridor with less time to overthink, overdub, over-jam, or over-stuff its tracks compared to 2017’s Supermercado and 2015’s debut Le Voyage Éternel, and the urgency resulted in a noticeably tighter release.

Lead single “Topographe” kicks off the album with a six-note guitar riff, gradually adding instruments and vocal layers and setting Junior’s jubilant and expectant mood. The music video, directed and co-animated by the band’s singer and guitar player Jonathan Robert, is an impressive visual exercise, as if Monty Python’s stop motion collage aesthetic and Wes Anderson’s whimsical color palette were employed to usher characters from the tamest corners of Hieronymus Bosch’s imagination through a scene set in an industrialized version of M.C. Escher’s “Relativity.” Just as the song goes off the rails, the entire machinery explodes in a cotton candied dust cloud, clearing to reveal a sweetly creepy and kaleidoscopic conveyor belt dance of shrouded and hooded figures gliding across the screen in every direction. With a final pink explosion, the track abruptly ends. (Like many of Corridor’s songs, this one doesn’t linger or fade out). It’s glorious.

Corridor, though its ancestry suggests Out of Time-era R.E.M., is firmly situated within the lineage of the last decade’s most accomplished indie rock, a solid descendant of the Class of ‘09’s best offerings: Animal Collective, Grizzly Bear, Phoenix. I have no idea what Roberts and Berthiaume are singing about, but there’s no question how it makes me feel: gently giddy. Junior‘s tracks are equally suited to languid summer joviality as to eagerly ushering in crisp autumn air; either way, it feels optimized for Spotify’s season-agnostic goal of enhancing our collective moods. Junior blends a cocktail of urgency and euphoria, delivering a woozy, rosy-cheeked buzz that warms from the inside out.