Friday night Georgia rock band Collective Soul brought its 25th anniversary tour to Hard Rock Live in Orlando, Florida. With no opening band, the quintet – three of which are original members – played a selection spanning eight of its albums, with a special emphasis placed on this year’s Blood and the 1995 eponymous album.

The concert was sponsored by local radio station WJRR, which played a major role in Collective Soul’s success, being one of the first stations to put “Shine” in its rotation. Singer Ed Roland acknowledged Orlando’s place in the band’s rise to fame, telling the story of hearing “Shine” become the number-one song on WJRR at a time when we wondered if a music career was going to work out, thanking Orlando fans for helping him realize that “we just might be able to make it as a rock band.”

The band started off the show with the piano anthem “Observation of Thoughts,” Ed Roland singing while playing piano off in the corner of the stage. They then kicked it into overdrive with a lively performance of “Heavy,” with guitarists Dean Roland and Jesse Triplett adding extra dirt to the nasty riff. After playing “Shine,” Ed Roland took an extended break to thank the fans, reveling in the crowd’s love for the song that made the band. 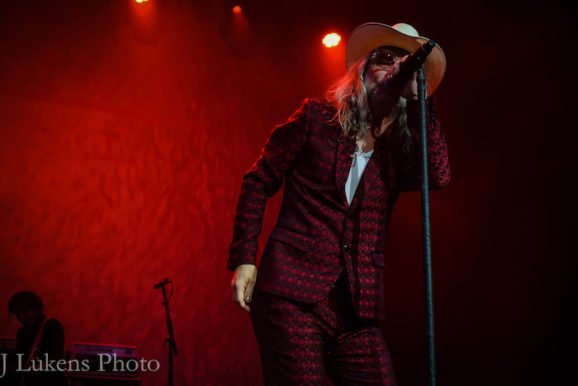 Ed Roland was exuberant throughout the concert, hugging bandmates, getting emotional while telling his many stories, and at one point having long private conversations with fans in the first row. Midway through the set, he spotted a seven-year-old child in the crowd, seemed surprised to find someone so young in attendance, and invited the family to join the band in the bus after. “You and my son would be good friends,” Ed said.

The performance, like Collective Soul’s catalog, was an even mix of upbeat rockers and soft ballads. Throughout the set, the band showed that it’s equally skilled at both types. A soulful rendition of “The World I know,” in which Triplett played the song’s violin lick on guitar, was a highlight, as was the frenetic performance of “Precious Declaration.” Triplett’s lead work was impressive, particularly on an extended guitar solo at the end of “Better Now.”

Sing-along choruses, intricate melodies, infectious hooks, and occasional heavy riffing were the order of the night as the band celebrated its anniversary return to Orlando by doing what it does best. After a cover of R.E.M.’s “The One I Love,” the band tore through two of its best bangers, starting with the adrenaline-pumping “Gel.” Following that, the band offered its heaviest moment, a powerful and aggressive take on the head-banger “Where the River Flows.” 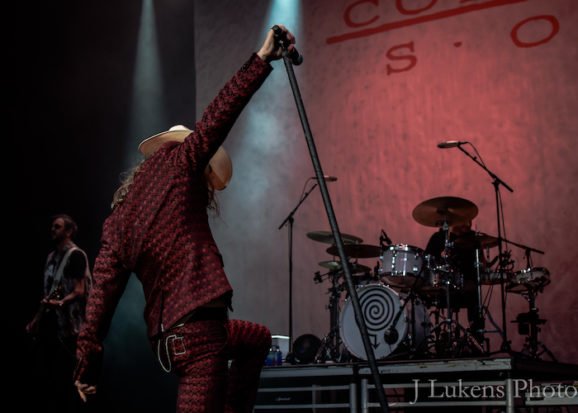 To close the show, Collective Soul went to its other extreme, with the soft, mostly acoustic “Run.” With Ed Roland on twelve-string guitar and Dean Roland moving to the piano, the band left the show on a soft and uplifting note. At the end of the song, drummer Johnny Rabb and bassit Will Turpin left their instruments to stand at the front of the stage, directing the crowd’s singing as if directing an orchestra.

In its prime, Collective Soul was underappreciated, a band that didn’t fit neatly into any genre. Too pop for grunge but too heavy for pop music, the band managed to sell millions of albums without ever being one of the “cool” groups. Twenty-five years later, the songs stand the test of time and since the band never really fit in to begin with, it fits just as well in 2019 as in 1994.