VIDEO PREMIERE: Telemonster Creates Intricate/Dreamy Indie On David Barbe Produced “For Someone Not So Old” 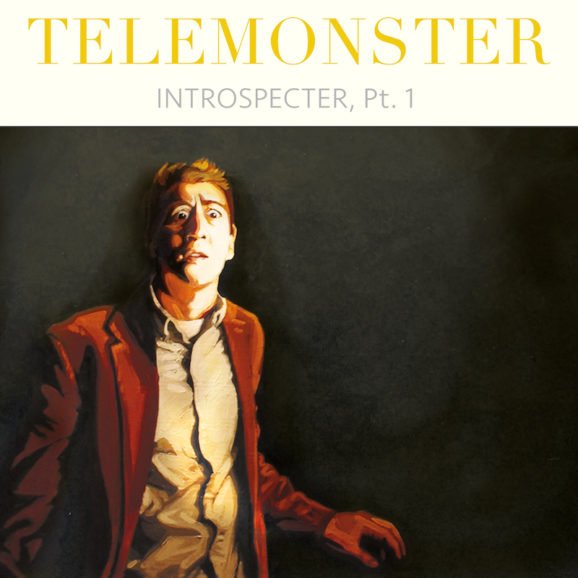 Over the last four years, the band Telemonster has produced eight kids and one record. The record, titled Introspecter, Pt. 1, is their first in six years, and comes from this particular place in life – a place where you carry toddlers more than guitar cases; where you play hide ’n’ seek more than you play shows; where music is made from 9:00 pm to 2:00 am because everyone else has gone to bed.

Telemonster was formed by cousins Ben VanderHart (guitar/vocals) and Josh Barrett (drums) in 2010 after moving to Chattanooga, TN from their respective hometowns in Iowa and New Mexico. Along with bassist John-Michael Forman and pianist Dave Hess, Telemonster released an eponymous EP in 2011 and quickly followed up with 2012’s self-released A Girl I Knew. Since then, they have been writing and recording amidst the disarray of having kids, building a studio, starting a record label, teaching economics, making pottery, and otherwise enjoying a quiet life. Introspecter (implying both “one who looks inward” and “a ghost within”) explores the darker side of human nature within this unassuming context. Against the backdrop of workaday life, it grapples with those insidious impulses that most of us hide or perhaps refuse to acknowledge altogether.

Introspecter was recorded in home studios and old churches around the city of Chattanooga. The album was produced by VanderHart and mastered in Athens, GA by David Barbe, known for his work with Drive-By Truckers, Son Volt, Deerhunter, Animal Collective, and many others.

Glide is thrilled to premiere  the video for”For Somone Not So Old” by Telemonster, a dreamy indie rock track that stuns with a crisp fusion of synths, drums and delicate vocals. Telemonster brings a brainy indie rock flair that like Alt-J creates an eclectic array of sounds, yet never overstepping into mainstream cliches.

“One of my least favorite words in the whole world is “rockstar.” Every time some senior manager describes their employee of the month as a “rockstar,” or some well-meaning family member or acquaintance crassly describes me as a “rockstar,” I cringe. I have no desire to be a rockstar. I think it’s a crock. Maybe it’s because I grew up in the 90’s in the aftermath of grunge culture, or maybe it’s because I grew up in a conservative Christian household where I was taught to be self-effacing to a fault, but I just want to live a quiet life with no pretentions and make music that moves people deeply, ” says VanderHart.