VIDEO PREMIERE: Chip Greene Documents Past & Present Nashville on “In My Town” 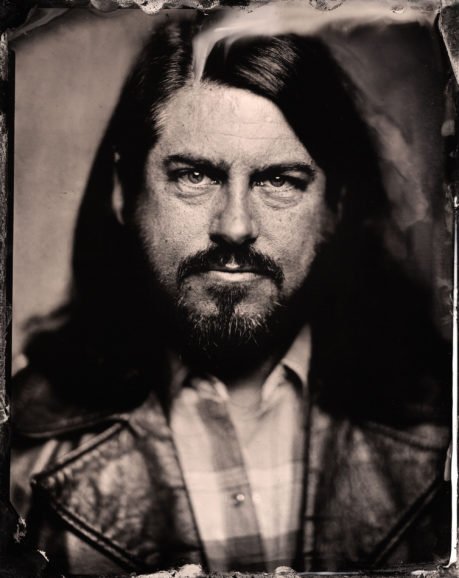 In My Town, Chip Greene’s latest release, takes a look at Nashville’s past and present. The arrangements are stacked high with brass, strings, piano, and the soulful stomp of Greene’s voice, while the songs examine the effects of explosive growth upon a city whose struggling artists — once the building block of Nashville society — can no longer afford to pay rent.

“These songs are little vignettes that look at the changes in Nashville over the past couple years,” says Greene, who grew up in nearby McMinnville, TN. “I started to feel like I was losing the sense of the town I grew up around. I’ve been coming here my whole life. I’ve worked on Music Row and played local shows for more than a decade, but Nashville has changed a lot recently. And perhaps the beginning of those changes was the flood of 2010.”

That historic flood, which washed its way across local landmarks like the Grand Ole Opry, helped inspire “River Song,” an album highlight that mixes roadhouse rock & roll and southern soul with a bluesy, backwoods stomp. Like the rest of In My Town‘s nine tracks, it was recorded to two-inch analog tape at the vintage-themed Welcome to 1979 studio in Nashville. Greene produced those sessions himself, resulting in an album that shines a light not only on his influences, but on the full range of his musical abilities, too.

In a city of transplants, Chip Greene is a Nashville-area native. He’s watched the city expand and evolve, and he shines a light on that growth — its challenges, benefits, and everything in between — with his newest release. The atmospheric title track finds him singing about the wannabe chart-toppers who “play dress up” in the hopes of resembling the next big thing, while “The Gig” — an anthemic tribute to those who’ve remained in the trenches for years, earning an honest living show by show and fan by fan — makes room for swaggering horns, vicious lead guitar, and Greene’s soulful voice. “We hit some nasty weather, but we’re still out here playing this song,” he sings during the chorus, sounding as defiant as he is driven.

In My Town is a love letter to the artistic struggle, set against a backdrop of a city that, like Greene himself, has changed over the years. It’s a battle cry, written and performed by a rock & roll lifer who isn’t giving up the fight.

Glide is proud to premiere the official video for the title track “My Town,” a gritty and direct look at the gentrification and commercialization of Nashville. When Greene kicks off with “Watch all these kids play dress up in my town,” Greene takes a stab where most don’t dare to go, bringing a true Nashville native voice to an overly overpopulated scene. With well-worn vocals and stunning simplicity, Greene displays a refreshing voice amidst the Mumford wanna-bees.

“The landscape in Nashville is changing so fast right now. There’s a sense of loss of familiarity, as Music City institutions are being demolished and being replaced, often by soulless generic structures,” says Greene. “I wanted to somehow capture this in a very low-fi documentary-style video. Several of the locations where we filmed are now gone forever. I also wanted to touch on the cost of living issue, and how hard it is for musicians, ironically, to continue to afford to live in Nashville in spite of the economic boom. The video was shot & directed by Allen Clark and edited by Michael Scott Evans.”