It’s always special when Lyle Lovett comes to town and he’s been to Tucson many times. Every show is different and that may account for the reason that many of his fans return repeatedly. This time at the Fox Theatre on February, 18th Lovett brought his Acoustic Group to the sold-out show. Lovett has been performing for more than 40 years since his days at Texas A&M in the late seventies. This show was filled with incredible music as well as Lovett’s incorrigible dry wit. Sometimes you get to experience both at the same time.

Lovett always surrounds himself with superb, immensely talented musicians. Tonight, his band has musical superstars within their own right. He doesn’t mind sharing the spotlight with the members of his band.  Viktor Krauss has been Lovett’s bassman since 1994 as well as being a prominent sideman for many other music legends including his sister Alison Krauss. He has also started recording solo albums in 2004. 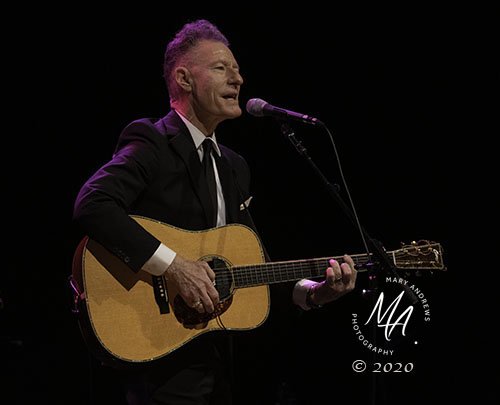 Luke Bulla on Fiddle and vocals has been performing with Lovett since 2009. Bulla has also performed with Ricky Skaggs and his band Kentucky Thunder garnering a Grammy Award in 2000 for Best Southern, Country or Bluegrass Gospel Album with Skaggs. As a solo artist, Bulla released his first solo album in 2016.

Guitarist, Jeff White, also plays mandolin and provides vocals. White is a songwriter, record producer that has worked extensively with The Chieftains as well as Lovett. White has contributed to the Grammy Award-winning album, I’ve Got That Old Feeling with Alison Krauss and Union Station. White has released solo albums. Josh Swift is considered a dobro master. He recently departed from his long stint with Doyle Lawson & Quicksilver. He is involved in dobro instruction with Big Music Tent. 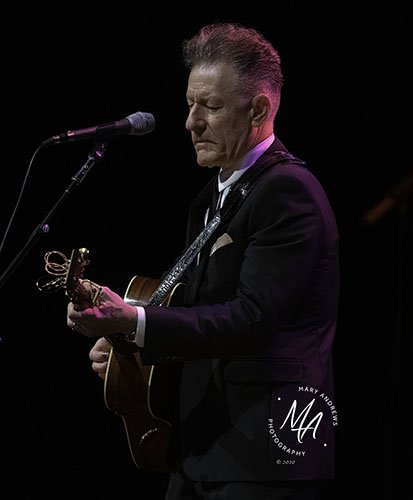 The show started with an instrumental intro before Lovett took the stage singing “Once Is Enough.”  By the time they finished the bluegrass “Head Over Heels,” Lovett was ready to get down to the business of communicating with the fans. One of the many things that draw fans to Lovett is his dry sense of humor in his original songs and his live show performance. He loves playing the Fox Theatre both for its beauty and its intimate ambiance. “It feels like we are in your living room but we really aren’t. Don’t be concerned about that.” His humor is always good-natured and self-deprecating.

The set included plenty of favorite songs throughout his career and the genre ranged from folk, country, blues, swing and bluegrass music. Lovett shared his deep affection for Guy Clark and covered Clark’s “Anyhow, I Love You.” He also went into detail about how he met Robert Earl Keen during their A&M days. Classic Lovett tunes included “If I Had a Boat,” “She’s No Lady,” “Pants Is Overrated,” and “I’ve Been to Memphis.”

Lovett hasn’t released an album of original music since 2007’s It’s Not Big It’s Large. Rumor has it that he is working on a new album of original songs. The new album and the next tour are something his fans continue to anticipate with excitement. Lovett always delivers his music with creativity and he seems to enjoy the show as much as the audience.