Dweezil Zappa brought forth a searing concert of his father’s music to Tucson’s Rialto Theatre on February 19th. The show embraces the legacy of Frank Zappa’s 1969 Hot Rats album that was Frank Zappa’s first studio album released after the Mothers of Invention dissolved. The album was very jazz-influenced consisting of many instrumental solos and this tour is a nod to the 51 years of Zappa’s genius.

Zappa’s live show centers around his masterful guitar virtuosity. There is no light show, strange sound effects, or any other tricks to distract the audience from the musical mastery of Zappa and the band. Instead, the ensemble is the most fiercely, on-point group of musicians created for live performance. The versatile Adam Minkoff provided vocals, keyboards, and guitar while Ryan Brown provided drums and Kurt Morgan played bass. Scheila Gonzales is one of Dweezil’s longest-serving band members, is a marvel on sax and percussion, while Chris Norton on keyboards and vocals rounds out the band. 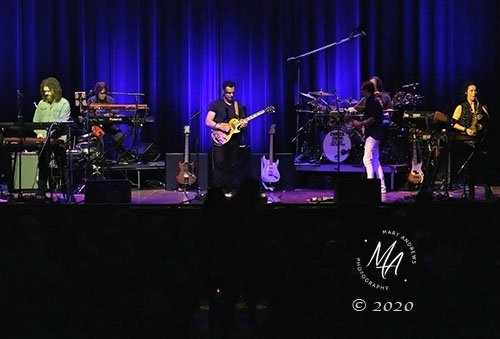 After the obligatory “Don’t Eat the Yellow Snow,” the entire Hot Rats album was performed with the songs in the same order as the album. Zappa does not attempt to make it a carbon copy of the record, but he does capture the vibe of the album. It sounded remarkably faithful to the original.

“Peaches en Regalia” is one of Frank Zappa’s best-known songs featuring modern jazz fusion. It kicks off the album and gives the musicians the space to enjoy performing the complicated song with ease. With “The Gumbo Variations,” the entire band gets to shine with some extended improvisation. Dweezil manages to evoke the tone of the electric violin in “Willie the Pimp” by playing several guitar parts. 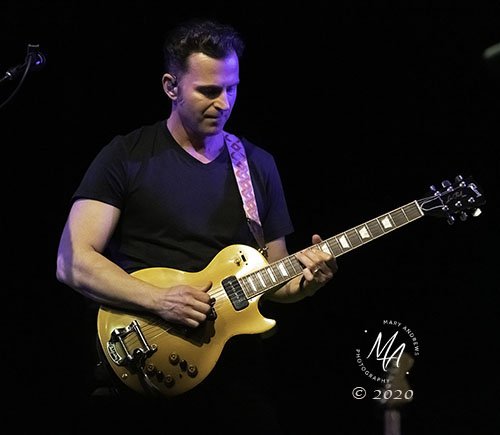 Once the performance of the album was complete, the band immediately went into many of the tunes from Frank’s extensive body of work. Highlights included performances of “Penguin in Bondage,” “Cosmik Debris,” “Find Her Finer,” and “I’m the Slime.” The music is played with love, passion, and beefed up volume for two and a half hours. There was enthusiastic applause from the Zappa die-hard fans. It is great that the family legal dispute regarding the use of the  Zappa name is over. The lawsuit was a very complicated situation that involved touring, merchandise, and much more. It is important to keep Frank Zappa’s music as vibrant as when it was created. Dweezil Zappa certainly keeps that legacy alive.