Sometime between 1965 and 1968 a shift in popular music happened. It wasn’t something that necessarily defined the time but was more a symptom of it. The acid was taking hold, marijuana was a ubiquitous part of the hiplife and ears and minds were opening to sounds to which they had once been closed. While this was a period of crackling creativity, musicians looked to the American musical canon for inspiration that they could stir in their own sounds and stamp with their seal. Country crept into the scene and soon, psychedelic cowboy songs swaggered onto record track listings. And why not? Country music, real country music, is born of the blues and about the freedom of wide-open country, personal struggle, the love of a good woman (be it steady or on the run), and the innate love of liquor or beer (so easily substituted with an innocuous joint reference by these would be newcomers).  A perfect fit for budding psychedelic bands. 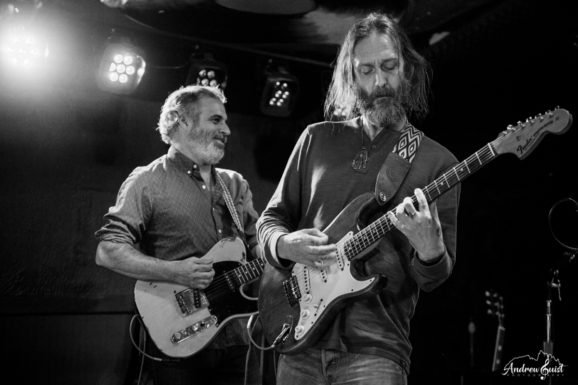 It could be argued that The Byrds laid the foundation of the genre, sneaking in cuts like “Mr. Spaceman” from 1966’s Fifth Dimension or “Wasn’t Born to Follow” into 1968’s Notorious Byrd Brothers. Once the Byrds laid that foundation, the country embrace soon came from all corners of North America. Dylan had his moments in New York, Neil Young, Steve Miller, The Grateful Dead and New Riders of the Purple Sage in California, Gene Clark and The Everly Brothers in the South, and many, many more began peppering their albums with quick, punchy psychedelically infused country songs – sometimes ballads and sometimes rockers. Marin County, California ranching country in the greater north bay provided fertile ground for then young bands like The Grateful Dead to wholly alter their sound and lean into this new sound for a while. Albums like Workingman’s Dead and American Beauty were a complete departure from the band’s earlier offerings that were scattered, acid-laden experiments that thrashed about seemingly reaching for a tether to earth. Country music became that tether and brought the band back to a more realistic, widely listenable yet still very stony space. 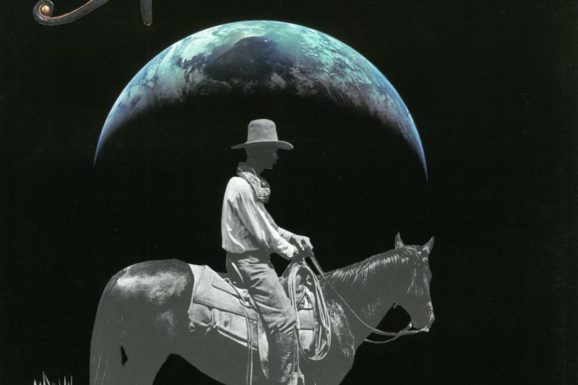 So, it makes sense that Chris Robinson, after making a move to the rolling hills of West Marin, California, found himself covered in the same vibes and gripped with a lesser-known hippy genre that he wanted to reinterpret. To do this, he asked some seriously heavy-hitting players to come along and play with him. Greg Loiacono on guitar (The Mother Hips), Barry Sless on guitar and pedal steel (David Nelson Band,and Flying Other Brothers) Pete Sears on bass (Hot Tuna and David Nelson Band), and John Molo on drums (Bruce Hornsby and Phil and Friends) all signed on and the “hippy hayride”, as Chris calls it, was immediately embraced by fans who could see the writing on the wall before the band ever hit the stage and played the first note.

Rarely leaving northern California, Green Leaf Rustlers has proven a force in the scene bringing old and young heads together to revel in songs that have gathered dust for a long time. Loiacono has found himself smitten by the whole experience, “Man, being in this band is a great joy to me. Each player is a powerhouse of musicality and humanness. Such badass players – all with huge heart and soul. I have had to raise my musical bar to keep up with their musicianship and I have learned so much. And getting to listen to Chris sing these great, old tunes is always a joy. On top of that I get to sing along with him and even front a couple. This is a huge honor and delight for me.” 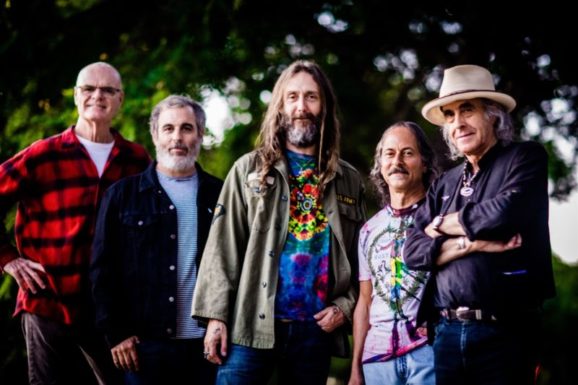 This debut record, From Within Marin, as it should be, is a live record gleaned from a few nights at Mill Valley, California’s vaunted Sweetwater Music Hall back in 2018 and recorded by none other than Betty Cantor Jackson (if you don’t know, you have her to thank for the sweetest Grateful Dead soundboards you listen to from the seventies). Some songs sway, others chug along with the force of a freewheeling locomotive about to come off the rails. The track-listing reads like a well-curated KPFA playlist of the time with cover songs originally written by the likes of Gram Parsons (of course!), The Rolling Stones, J.J. Cale, Johnny Cash and Townes Van Zandt to name a few. The sound is s honest – just great players interpreting great songs with no pretense other than simply sharing them with a sympathetic audience hungry for a lesson in music history and ready to journey into depths with a band that can effortlessly lead them “there”. And the band is more than happy to lead, consistently impressed by the songs themselves and how they can interpret them on the fly and enamored by how each member contributes to the mission. “To me, this live version of ‘No Expectations’ is all about Chris and his delivery. He just sways so soulfully inside Molo and Pete’s deep pocket. It is so easy to feel . . . a highlight for me in this particular version is Barry’s outro steel solo. It’s awash in phaser and his licks are all so good. There are a couple towards the end that made me laugh out loud in amazement” says Loiacono.

This record is a perfect encapsulation of the band to this point and worthy of excitement but what might be more exciting is where this band will go with new material that has yet to be discovered. Psychedelic Country, as a genre, is comprised of hundreds of songs that this band will certainly dig deep to find and reimagine in their own special way. California is lucky to have this project wheeling through the state consistently, and now those of you who have not made a show can truly hear what the righteous buzz is really about. From Within Marin will be available March 6th, 2020 as a double LP or in digital formats.