“Funk is a living and breathing thing with a ton of sub-genres,” affirms Deitch. “Our goal is to add our own stamp to that by moving things around and bringing in jazz chords, psychedelic passages, big horns, and elements from the instrumental side of hip-hop. Funk is known as a very tightknit artform. We extend the template with improvisation on the spot. It forces us to react, pay attention, and listen to each other. By combining everything, we try to add something to the culture we love so much.”

Reverence for this culture rings out loud and clear throughout a catalog of fan-favorite releases. Their discography comprises Outta Here [2002], Rage! [2008], Fly [2012], Crush [2015], the EP Mt. Crushmore [2016], the live album Witches Stew [2017], and Elevate [2019]. The latter lifted LETTUCE to new heights. Notably, it garnered a 2020 GRAMMY® Award nomination in the category of “Best Contemporary Instrumental Album” and bowed at #1 on both the Billboard Contemporary Jazz Albums Chart and iTunes Top R&B Albums Chart. Elevate also soared to the Top 15 on the Billboard Jazz Albums, R&B Album Sales, and Heatseekers Charts. Not to mention, it put up 3 million streams within six months, and simultaneously received acclaim from BrooklynVegan, Billboard, Rolling Stone, NPR, and more. 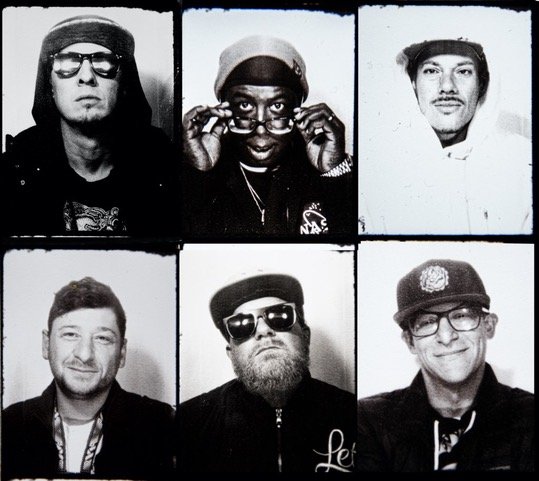 Throughout 2019, Lettuce siphoned all of this energy back into the studio. Written and recorded during the same Colorado Sound sessions that spawned Elevate, the band brought Resonate to life alongside iconic producer and engineer Russ Elevado [D’Angelo, The Roots, Erykah Badu].

“Russ had worked with all of our heroes,” smiles Deitch. “When we found out he was a fan, we were completely blown away and super inspired, so I ended up writing more than I’ve ever written for a record. He made us play our best. We came in extra prepared and tried to have a plethora of tempos and feels. There are rap vibes, trippy moments, and old school soul. Everything flows.”

“We hadn’t been in the studio for at least four years,” adds Zoidis. “Of course, we’d played together a ton on tour. Deitch is constantly writing and thinking of our next musical move though. By the time we got in, we had so much material and were focused. It was an empowering moment for the band. We were in a place where the chemistry couldn’t have been better. We got to capture it on tape with Russ at the controls.”

Glide is thrilled to premiere Lettuce’s “NDUGU” a worldly exhibition of groove and of instrumental prowess that surely serves a purpose for humanity in these bizarre days. Get up from your chair, sofa or wherever you all might be hunkered down and move a limb to some riveting Afrobeat influenced orchestral funk.

“I was watching a video on YouTube of Herbie Hancock performing live in the early 80s with the legendary Leon ‘Ndugu’ Chancler on drums. Not only was it ridiculously funky, Ndugu was so IN it that he was doing this side to side shoulder dance while playing,” says Deitch. “I was struck by the visual as much as the audio of the groove and so inspired that I immediately started writing the tune as a tribute to that sort of energy I had just witnessed. The song ‘‘NDUGU’ was born that night. It starts with a hard groove and powerful horns, then gets a snake charmer vibe in the bridge! It’s become one of our favorites to play. Hope y’all dig it!”