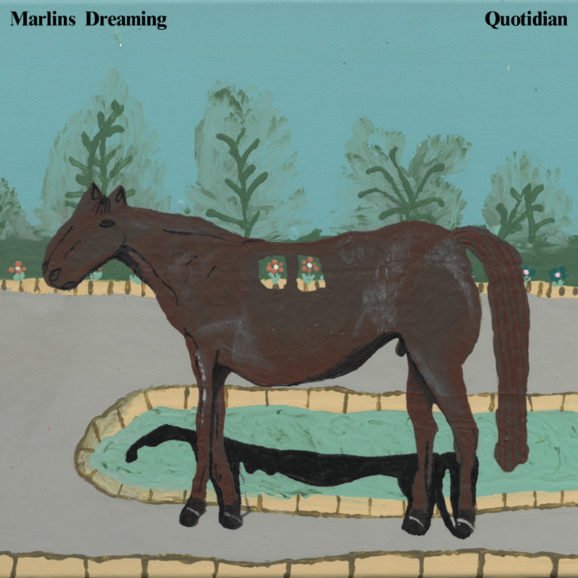 Marlin’s Dreaming is a young band hailing from a cold, damp flat in Dunedin, New Zealand. In October 2017, just a couple of months after forming, Marlin’s Dreaming released their first body of work, Lizard Tears. It was an eight-song mix of indie-pop tasters, and one reworked track from frontman, Semisi Maiai’s, former band GROMz. The album reached huge popularity across streaming platforms worldwide and transitioned into two sold-out tours of New Zealand.

In 2018 Marlin’s Dreaming released their second body of work, Talk on Commic. The EP retains the wry humor of Lizard Tears, but is less mannered; a darker beast with 90’s fangs evoking many of the post-punk greats. This EP received support from popular Spotify and Apple playlists and Youtube Channels.

2019 proved to be another successful year, doing support slots with Kirin J Callinan, The Chills and Ocean Alley. They also managed to fit in three headline tours of their own, including two sold-out runs in Australia. Marlin’s Dreaming has returned and will be releasing their upcoming LP, Quotidian, on April 21st, 2020.

Glide is proud to premiere “Outwards Crying” off Quotidian, a fiery composition that squalls with melodic precision in the realm of Band of Horses and My Morning Jacket.

“Outwards Crying is about my urge to leave my hometown (Dunedin, NZ) and change my surroundings,” says Maiai. “Outwards crying is a nature song! For the video, we wanted a gritty and off-kilter accompaniment to the song, and it turned out to be shooting farm animals and old buildings around Dunedin, which I can’t explain why but seems fitting. I feel like this is our most heavy song on the upcoming album, not in terms of instrumentation, but more how confronting it is emotionally.”