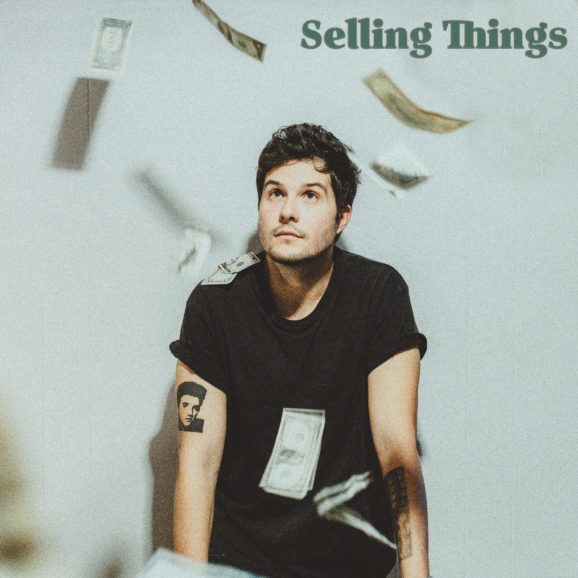 As many times as Bruce Springsteen saw Bob Dylan’s name evoked in early reviews of Greetings From Asbury Park, he must have felt a combination of pride and frustration. Pride to be name-checked alongside what was essentially the best songwriter to come around in generations, and frustration to be reminded constantly about the impossibly high bar he was now expected to measure up against (spoiler: he managed to do ok for himself).

With the release of Brian Dunne’s third and subtly striking, powerful LP, Selling Things, Springsteen’s role has flipped. The record, deeply personal, at times stark and quiet, recalls Bruce’s more intimate (personal, honest…best) moments. The fact that the first line of the first song off of Selling Things is “State Trooper,” bringing to mind Springsteen’s Nebraska, is probably just a happy coincidence.

The obvious musical influences aside, it’s important to note that Dunne proves himself to be much more than a Springsteen clone here and is very much his own musician with his own soon-to-be signature sound. There is a sound to the record, that manages to be both subtle with acoustic guitar and his steady vocals clearly out front, but also remarkably expansive with the use of booming drums and often swirling keyboards throughout. The production work of Andrew Sarlo, indie rock’s best kept secret, is certainly worth highlighting here as well. Dunne met Sarlo (known for his work with Big Thief and Bon Iver) at college in Boston more than a decade ago, but the two waited until Selling Things to finally collaborate.

The foundation for this album goes back four years, so there are certainly nods to a questionable future and the existential crisis pushed into our collective consciousness thanks to the 2016 presidential election. The album ends with on one of the best tracks and also the least lyrically subtle with the pointed “Getting Wrecked on Election Day.” But the record also finds Dunne grappling with his own mental health issues as well, in veiled references that are much easier to hear on repeated listens. Elsewhere, “Nothing Matters Anymore” is a smart, wry track that’s just as heavy on cynicism as it is on melody, and it could have been penned by Randy Newman.

There are a number of remarkable albums being released during a moment when the world seems to have stopped spinning on its axis and musicians have been tossed into purgatory, unable to take advantage of traditional efforts to get their music to the masses. Here’s hoping Dunne’s record eventually finds the audience it so rightly deserves.