Andy Frasco and The U.N. Bring the Party with Soulful Boogie Sounds on ‘Keep On Keepin’ On’ (ALBUM REVIEW) 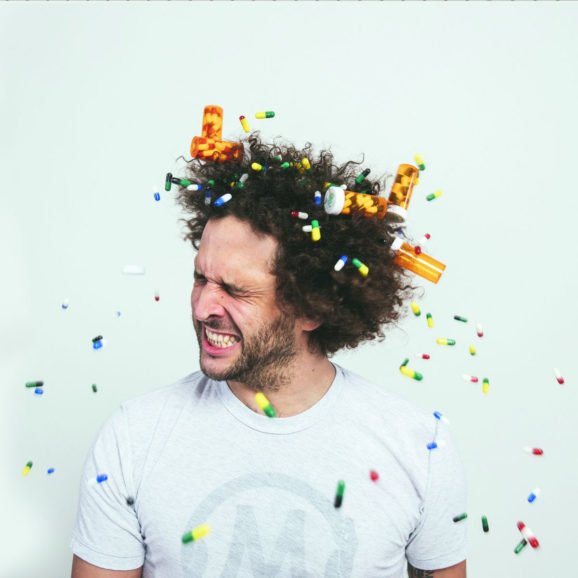 Andy Frasco and The U.N. is – as the name implies – a band that is all about inclusion. From the different nationalities of the members to their different instruments and different styles, this is a band that isn’t easily pigeonholed. Perhaps there is no better example of this than Songs from the Road, which was recorded live in Germany. It gives you a good glimpse of both the diverse musical makeup of the band.

If you do any research on Andy Frasco and The U.N., you know that this is a band that believes in having a good time. For example, if you watch a video of this band at a festival, you will see that it is a non-stop party as long as the band is on stage. Granted it’s hard to carry that same energy into a studio recording, but their new album Keep On Keepin’ On shows that the band brings the party no matter the atmosphere.

Frasco has a way of writing songs to get the listener singing along. This recording obviously isn’t performed in front of an audience at a music festival, but the songs are ready-made for big festival crowds to sing along. You can hear it right from the chorus of the lead and title track “Keep On Keeping On” when he sings, “I gotta find the time to let love in.” You can hear it even more toward the end of the song when Frasco and the backing vocalists sing “La la laaa la la la la la laaa!” You can just imagine a festival audience singing that loudly.

In addition to his ability as a songwriter, Frasco and his band are also pretty great at arranging songs with instruments ranging from guitar to piano and horns. The album ranges from the uptempo funk and soul of “I’ve Got a Long Way to Go” to the disco (yes, disco) sounds of “Getaway”. Whatever you think about disco, just remember that it was basically party music, so it fits right into the canon of Andy Frasco.

Funkadelic is a great band because they could make you boogie while hitting you with lyrics that make you think. This band does that on the soul-infused “None of Those Things”. Frasco sings, “It’s not about the money, the cars, or even the bling. It’s about how you feel without all those things. Happiness will keep us free.”

The wonderful thing about this album is that it allows you to create your own festival experience (particularly useful since the album is being released when everyone is quarantined) in your house. The album is full of funky rhythms and melodies, horns, energy, and Frasco’s soulful vocals. This album is the perfect antidote to quarantine. If you’re going to be stuck at home, you might as well have a good time. Frankly there is no better good-time music than Andy Frasco and The U.N. Do yourself a favor: buy this album. Then, whenever the world (with or without quarantine) gets you down, put this on. It may be addictive, but it’s truly an addiction that doesn’t hurt anyone.