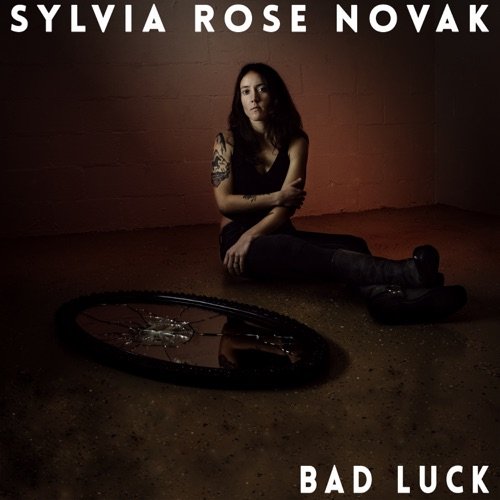 Sylvia Rose Novak, after years of hoofing through and establishing herself in the Southern folk-country scene, has finally embraced her hard-edged southern roots and the gothicism of her home region by creating her first fully-fledged rock record. What her newfound dedication to her art has amounted to is a swaggering shakedown of her songwriting abilities, trading in her cowboy boots for punk-rock leather. Though she has had impressive opening slots for the likes of Sarah Shook and The Disarmers, American Aquarium, and Vandoliers, amongst numerous others, Novak’s upcoming release Bad Luck (out May 8) is a palette cleanser of an album and the perfect starting point for music fans unfamiliar with her acerbic insights on addiction, maturation, and the human condition. Bad Luck’s attitude is the sound of fingers worked to the bone, of bloodied fists gripping the final drink of the night, of ragged guitars endlessly beating the truth out of the songwriter.

Novak is a bit of a polymath: not only is she a gifted songwriter, and formidable bassist, but she also plays pedal-steel (and actually produced all the pedal-steel on Bad Luck) in addition to being a disciplined yoga-instructor and horse trainer in her free time and also a former Lutierre’s apprentice. Though her career blossomed in the folk-Americana scene, Novak’s youth beckoned when it came time to write songs for her new album: “I grew up just loving grunge and post-grunge, and pop-punk and post-hardcore. So I think [now] there is just a lot more influence.” Matching the youthful energy of this new batch of songs is her steadfast band – Kelen Riley (husband), Blake Bolton, and Ford Boswell – and engineer/co-producer Brad Lyons. But despite the helping hands, the very talented Novak still handled co-production duties, along with all bass and vocals on the album.

Glide is proud to premiere “South of Boulder” a stirring guitar-driven track that echoes with a reckless stream of consciousness that runs the bridge between outlaw country and garage rock. Novak carries a Brandi Carlile knack for storytelling and Steve Earle’s firey presentation.

‘S.O.B’ is really about trying to run from yourself and failing. Within the context of the lyrics, ‘the places you have come to fear the most’ is a reference to my struggles with mental illness and my fear of my own mind. Even though the lyrics are angsty, I wanted the music to drive and rip. I wanted the song to feel as quick and unrelenting as my brain on my worst days,” says Novak.