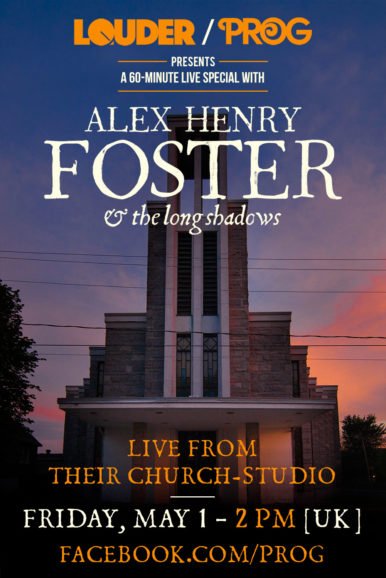 Alex Henry Foster will be officially releasing his first solo album which arrives in the form of the long-awaited opus Windows in the Sky on May 1st, The album which was due out earlier this year, and needed to be postponed because of the current crisis, finds itself extra poignant and powerful with is a stream of consciousness art-rock meets post-punk atop overlapping themes of accepting isolation and despair.

Most know Foster as the creative mind behind Canadian alt-rockers Your Favorite Enemies, where he was always a step head imaginatively and musically. Foster broadcasted on Myspace before YouTube existed, up to writing his album in self-isolation following the passing of his father back in 2016, when we didn’t know what it meant as much as we do now. Entirely recorded in early 2018 at the Upper Room Studio – Your Favorite Enemies’ Catholic church turned professional recording studio facility – Foster invited his bandmates to contribute to the final stage of a few songs’ musical arrangements as he concluded the album’s self-production.

“I don’t know the measure by which it has changed or has been transformed,” says Foster about how his songwriting process has changed since going solo. “I have always been writing in a very open and evolutive kind of way, but I can say that since Windows in the Sky is a reflection on grief, confusion, and hopelessness following my father’s passing, as much as it is a contemplation of the emotional distress I had been dealing with for years at the time, it was by nature, more than by design, a very intimate and personal record with no collective entity to hide behind. There was no “we, the band” mantra to dilute the meaning of my words and sounds. In that sense, it changed everything. From crafting sounds to expressing the sole existence of an introspective whisper defining a melody, I had to assume every part of it, the good like the bad, the emancipative motions like the light exposing me for who I truly am… ”

Foster wrote most of the LP while in the singular city of Tangier where he lived for two years, a place he didn’t know anything about before drifting over there in some sort of a self-exile designed to lose it all – designed to lose himself. Foster endlessly walked the tiny streets of the city, witnessed the elusive control of time disappearing with days passing by, felt the wind of the sea that stood right beside the rooftop where he spent much of his time musing and writing, observing the raging storms of the nearby desert’s freedom. 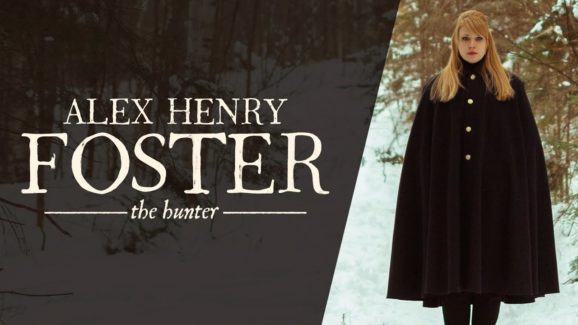 “I spent countless days looking at the world until I was able to look at myself once more, until I was able to find some peace with moments I regretted letting slide and with accepting the fact that I would never receive answers to questions I kept on torturing myself with,” adds Foster.

Following the significant response for his latest single “The Hunter (By the Seaside Window)” released with a live broadcast of performance and with Alex being fairly aware of the current world state of emergency, he decided to go with an official album launch through social media:

“I was wondering if I should do that live broadcast, but after talking with a lot of my friends, they told me how important it is to keep on embracing life regardless of what’s going on. I’m very supportive and sensitive to all who may have lost loved ones, and I know that people are struggling with losing their jobs and that there’s a lot of confusion right now, so I thought it would be my way to bring a little bit of brightness and light through it all, with a very modest and humble intent.”

Glide is thrilled to premiere Windows in the Sky in its entirety, a riveting collage of soundscapes and narratively styled instrumentals that make for its own unique brand of symphonic therapy. Foster allows the listener to dive in headfirst and let this spine-tingling musical journey fill the void and answers questions.

“If there’s something that I’ve learned, and therefore believe everyone could relate to, is that regardless of how much pressure we may have from our environment – family, friends, school, jobs or whatever else – is the fact that it’s “ok” to be confused, desperate and helpless at times,” explains Foster.

Foster describes his first solo project as a contemplative and reflective landscape where purposelessness, vulnerability and disarray press for an honest examination of the true character of your personal spirituality, the distress of your life’s failures and the everlasting sense of regret that keeps on blooming as you try to survive the implacable bewilderment of loss and the mourning reality of your own impermanent existence.

“For years, I’ve been looking for deep personal emotions to be channeled within the safe and elusive context of a band’s dynamic, so I wouldn’t have to be exposed through their real colors, wouldn’t have to assume any intimate implication. I simply hid behind the thick curtain of distant screams and uprising noises. It’s only when my father passed and that I slowly started to work on the songs that would ultimately define the spirit of “Windows in the Sky” that I had to admit that unless I would be willing to tear that bleak veil of fears down, I wouldn’t be able to let any of those vivid emotions be, wouldn’t be able to free them from my exultant struggle to stand into the light… and therefore to have my depressive soul emancipated through the honest embracement of those hidden emotions… one glimmer at the time… which is exactly how the album would finally come to life.”