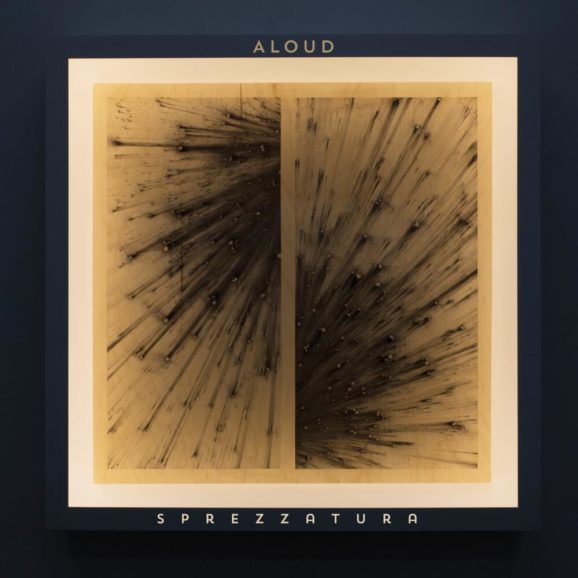 Aloud is a rock and soul band from Los Angeles with two lead vocalists in Jen de la Osa and Henry Beguiristain. But this isn’t just another band from L.A., where musicians are a dime a dozen. Of Aloud, de la Osa said, it “took three states” to put the band together after she and Beguiristain moved from Miami to Boston before settling in L.A.

Settling in L.A. is nothing surprising for musicians. When you hear de la Osa sing, it’s also not surprising that soul is a component of this band’s sound. Throughout their new album Sprezzatura, she provides impressive powerhouse soul vocals that are the backbone of the songs where she takes the lead.

The soul aspect of the sound manifests in a variety of ways, whether it’s the doo-wop style backing vocals in “Cresting Waves” or the organ in the lead track, “It’s Been So Long Since We’ve Seen the Sun”. On top of that, you hear healthy doses of Memphis-style horns that are perfect for dancing. In fact, don’t be surprised if you get a little sweaty dancing to the soulful songs.

On the rock side, the band delivers with songs like “Lovers of the Last Resort,” which features heavy doses of distorted guitar (including a rare guitar solo) as well as a beat that is sure to get you tapping your foot.

The strength of this album isn’t just in the vocals. Another strength is the energy the band put into recording this. It’s easy to tell that this is a great band to see live. However, the real strength of this album is the diversity of sound. Throughout the album, the band incorporates strings, horns and organ. The result is that from one song to the next, you don’t really know what to expect. For example, in “Renters for Life,” you hear some Latin influence in both the guitar and the horns. Each song is a wonderful surprise, and the band should certainly be commended for that.

This is an album that begs to be played loudly from an open window. Don’t worry about noise complaints. People will likely thank you for sharing such bright, energetic music.