SONG PREMIERE: The Savants of Soul Hit The High Note With “Right on Time” 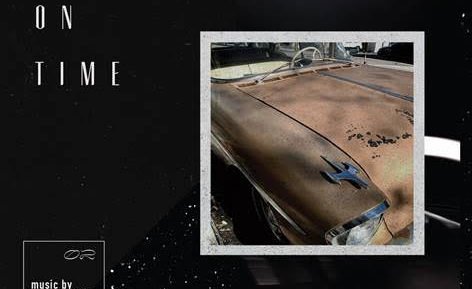 Hoofing through the better part of a decade, Gainesville’s 9-piece retro-soul and blues amalgam The Savants of Soul (9/18) have been threading the needle, pinpointing the evolution of their sound to the city of Muscle Shoals, where they recorded their forthcoming record at Rick Hall’s legendary FAME Studios. Over the course of ten days, the band recorded 14 songs with acclaimed producer Vince Chiarito (Charles Bradley, Black Pumas) and engineer John Gifford III, Studio A manager, tenant and student of Rick Hall (Aretha Franklin, Wilson Pickett, Etta James), aka “the father of Muscle Shoals music.”

The Savants of Soul embody an idea that comes from literary master William Faulkner – “the past is never dead.” It’s an approach that’s brought the band recognition on the national festival scene, including the Gasparilla Music Festival, and to share bills with Benjamin Booker, Durand Jones & The Indications, The Dirty Dozen Brass Band, The Original Wailers and the late Charles Bradley, who has also called Gainesville home. The group relies heavily on their live sound and energy, with an airtight rhythm section that summons the warmth, vibrance and nitty-gritty confluence of The Muscle Shoals Rhythm Section (aka The Swampers). The nine members imbue their music with a swagger, verve and exuberance that feels distinctly Southern.

The Savants of Soul’s forthcoming self-titled record (out 9/18), sees the evolution of their sound with a very different group of people from those who recorded on Downtown Sound and Sunday Best. “We’ve grown in many different ways: emotionally, spiritually, and quite literally with this newest iteration of the band,” says bassist and founding member, John Gray Shermyen. “And Religiously,” quips powerhouse vocalist and self-proclaimed “Reverend of Rhythm,” Justin McKenzie. The other members include principle guitarist Will Campbell, Zack Emerson (keyboards), Mandy Ferwerda (trumpet, vocals), Jacob Armstrong (trombone), Jordan Jones (tenor saxophone), Ray Vigil (baritone sax) and Benny Cannon (drums).

With a dire need for righteous soul these days, Glide is thrilled to premiere the jubilant “Right On Time.” Combining the orchestral bluesy soul of Tedeschi Trucks Band along with a sweaty Muscle Shoals groove, The Savants of Soul live up to their name.

“From the musical side, Right on Time was the product of a few fortunate accidents. I originally worked out a blues shuffle in the practice room,” says Emerson. :By the time I brought it to the band, I could hardly remember the parts I wrote. A new tight drumbeat and my attempt at recreating my own parts delivered the final product: a mellow and groovy song that’s best enjoyed on the road.”

“The moments I feel the most creative and carefree are when I have the time and space to be left alone in my thoughts. Long walks, bike rides, or drives offer the opportunity to let my mind wander,” adds Ferwerda about the track. “It’s those times with no agenda, no deadlines, or have-tos that I seem to get to where I need to be, right on time.”

The Savants of Soul · Right On Time

“Right on Time,” another album highlight, was co-written by Ferwerda and Emerson about one week prior to the sessions at FAME. Emerson had been working out two open-ended chords in a Donny Hathaway song, enamored by the mileage of this particular i-iv progression. This ultimately led him to the design of “Right on Time,” but not before a series of happy accidents, willfully unpatched at the behest of former bandmate, drummer and one of the original founders, Alex Klausner. The resulting triumph yields a warm wurlitzer intro akin to Aretha Franklin’s “I Never Loved a Man” – recorded on the exact same instrument – and horns that breathe cool jazz into Studio A, while Ferwerda lights up the floor with golden-age gospel pipes reminiscent of Southern luminary Candi Staton.