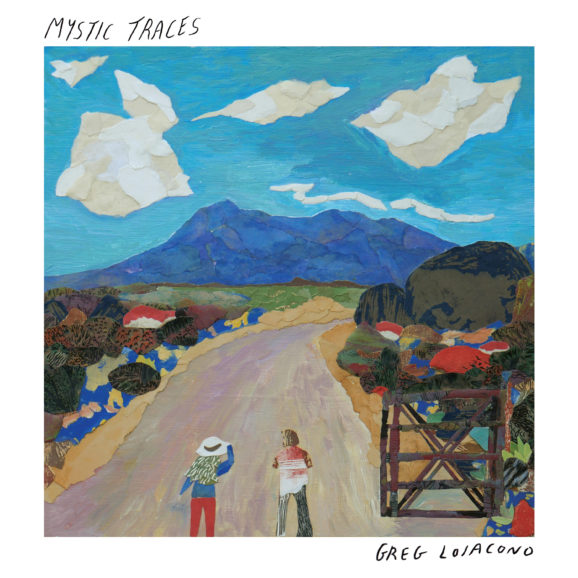 Greg Loiacono started writing the songs that would make up Mystic Traces a few years ago when he committed them to demos in his home. From there he traveled down the coast to his friend Scott Hirsch’s studio in Ojai, California where together they would mold them into his latest release from Blue Rose Music, (officially set for release tomorrow, May 15). Glide is thrilled to premiere the album in its entirety (below) prior to its Friday release.

As Loiacono floated out singles from the record over the past few months, it is fair to say that this often rocking, and sometimes quirky player was creating music more subtle – more open. The songs were soundscapes of texture left to breathe and allow the listener to contemplate. That is not to say that there are not some groovers on the record, there most certainly are (“Shoot The Messenger” and the title track as cases in point), but these songs, as a collection, are largely open musings and retrospections. They capture a feeling in time, a thought, a struggle, a conflict, an ecstasy, and the importance of a place. 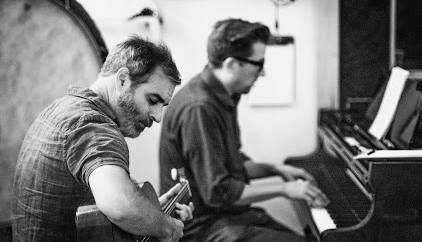 There is the young couple in the midst of love realization in “San Felipe,” the gentle support and reassurance from one friend to another in “Chamberlain’s Trunk.” And there is the loping psychedelia of “Animal Clouds” that speaks of the need to escape one’s thoughts and current circumstances. That those thoughts and circumstances fly free in reimagining and mirror the impermanent and billowy shapes of cumulus cloud formations that appear and disappear in the shifting sky above. “Into the Light of Another Day” is choral and grand with a tinge of fear, reminiscent of late 60’s Beatles’ offerings. “Arms of the Sleeping Lady” is Loiacono’s own life in song, similar to “All in Favor” from the Mother Hips’ 2010 release Pacific Dust. The song follows Loiacono growing up in the shadow of Mount Tamalpais (commonly known among generations of Marin County residents as “The Sleeping Lady”), coming of age and finding his place in a band in Chico, California, wending his way around the country and returning to that sleeping lady and his desire to live out his days beneath her shadow once again. And the final track, “You Are Not Alone” is just as it sounds: as an instrumental, only voices and guitar, beautiful as those elements mingle into something sweeping and vibrant. 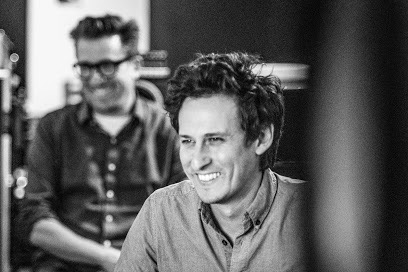 Loiacono was joined by a cast of musicians that helped him flesh out these psychedelically tinged sounds and this cast of players was perfect for the project. Produced by Scott Hirsch (Hiss the Golden Messenger), names like Barry Sless (Green Leaf Rustlers and New Riders of the Purple Sage), Kyle Field (Little Wings), Mikael Jorgensen (Wilco), Jamie Drake, Jason Crosby, and the late Neal Casal all added impeccable talent to songs that speak to introspection and wonder in “Seen You Good” and the more straight-ahead, almost Traveling Wilburys shuffle-like “Do What You Do.” The depth of this record lies in its textured sounds that defy description and that must have been Hirsch’s touch. This is a great one to sit back with a pair of headphones and dig into the layers.

In this album, there is also the shifting of song meaning. When Loiacono wrote the first track of the record, “Shoot the Messenger,” it was surely his take on the breaking of a relationship. Listening now, through the lens of our experiences sheltering in place during a pandemic, it is hard not to picture two people in love and stuck apart. Straining to be together but abiding by the rule of social distance. Another example of how the interpretation of songs can twist with our own human experience. The mark of a relevant musician might be that no two albums ever sound the same and Loiacono, from one record to the next, has shown us evolution and a bubbling source of creativity. He has done this again with Mystic Traces. This is the one you want to sit with, and, in the end, it is a collection of songs immediately accessible, welcoming, and stalwart in its thinly veiled and powerful imagery.