VIDEO PREMIERE/INTERVIEW: Dramarama Preserves Their Gritty Rock Edge Via “Up To Here” Live 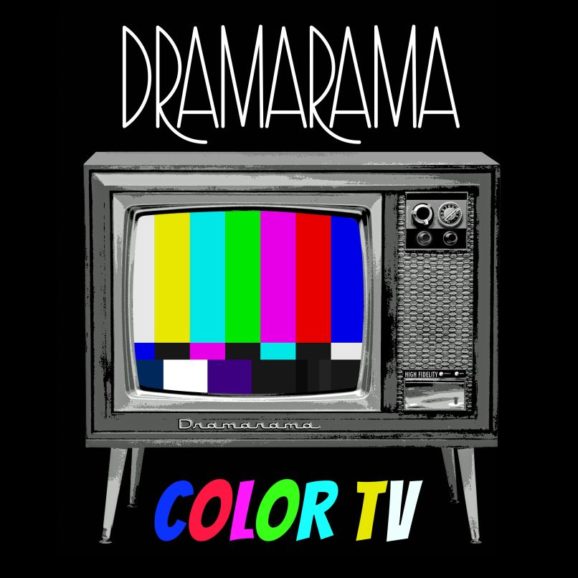 “It’s a collection of tunes I wrote over the last 20-odd years. There are certain themes running through the album like truth, love, and the modern world,” explains Easdale. “A few of the older songs center around my struggles with addiction; it’s a sort of classic subject matter for us.”

These themes trace back to the group’s 1985 debut, Cinéma Vérité.  As the story goes, John, Peter, and Mark traded Jersey for Los Angeles. Long before the nineties alt rock radio boom, the West Coast initially embraced the group’s single “Anything, Anything (I’ll Give You)” as the de facto national anthem of the nascent alternative nation. It notably made history as one of the most-requested songs of all-time on KROQ 106.7 FM in Los Angeles. It could also be heard loud and clear everywhere from A Nightmare on Elm Street 4: The Dream Master to HBO’s Entourage. As a testament to their enduring impact, rock heavyweights Buckcherry recorded a rough and rousing cover for the Todd Phillips-helmed hit Road Trip, while Grey Daze—late Linkin Park frontman Chester Bennington’s first band—cut their own version.

Glide is thrilled to premiere the live video for “Up To Here” (below) where the band is performing separately but together and proves the band has maintained their songwriting superiority. Dramarama bottles potent energy that is a concoction of The Kinks and The Replacements with their own brand of swagger and substance. Unfairly tied into a time period, the band’s gritty rock remains poignant and relevant.

Glide had the chance to talk to Easdale quickly about the past and present of Dramarama..

The video for the first single “Up to Here” features the bandamn good to us here like you were all in the same room- how do you think it turned out?

I think it sounds great!  People are finding how hard it is to make something like that sound good…to make it somewhat professional, it’s not as easy as everyone  turning on their phone and pushing record. Fortunately for us, we’ve been playing together for so long that we are used to each other. But the ace up our sleeve for this video was engineer Matt Dyson from The Village Recorder. He really did a tremendous job of putting it all together.

Color TV marks your first album in 15 years- one must assume these are amongst your strongest tunes yet and they certainly sound relevant today. Were there any significant periods where you wrote a majority of the tracks?

It’s more that the songs with similar subject matter were written in the same span of a few years. The songwriting spans well over 20 years…songs which deal with my substance abuse go all the way back to the 90s, but I never felt comfortable including them until now. Most of the others were written more recently. The track sequence kind of exemplifies my yet to be completed journey to maturity.

Your fan base is very loyal and attaches themselves to your voice and lyrics- what has the response been to Color TV?

We are very lucky to have folks who have stuck with us over the years. I am delighted with the positive reaction we’ve received thus far. Fifteen years is a long time to wait for an album release, I am truly grateful for their patience.

Would you have changed things any different about the album if you knew it was going to be released during a pandemic?

Not that I can think of. We might have considered waiting to put it out until it was over so we could support the record with live performances, or been able to have the physical CD available on the album release date, but we had already settled on May 1st before the world changed.

“Anything Anything” holds up today as one of the greatest rock songs in terms of long term viability- why do you think new listeners still find something with it that sticks?

Like “Anything…,” many songs on Color TV I wrote about my own personal experience, but the themes are pretty universal. Everyone has their own struggles and triumphs. I would hope listeners continue to be able to relate to the sentiments expressed because they have had the same feelings at some point in their lives. Not that I would wish my own self-destructive tendencies on anyone.

What do you consider the strongest song you ever wrote that and why?

It’s difficult for me to say. Just judging by the overall success and reception it’s enjoyed over the past 35 years, I would say you could make a strong case for “Anything, Anything,” though personally I don’t know if I’d consider it the strongest. I really have a hard time picking; my answer would change with the breeze.

You and Mark Englert have remained musical partners since the beginning – not many creative members have stuck around that long- what do you provide each other in terms of making it work?

Mark and I have been friends for longer than I can remember. We grew up two houses away from each other. We met even before we started kindergarten, and were best friends for many years before we started the band. We are like brothers in many ways. Of course, we have had disagreements over the years, but that’s more like sibling bickering. Mark knows me better than I know myself and dare I say vice versa. We usually know how far we can push each other. It’s comfortable, We are like each other’s old shoe. Musically, we share the same tastes and background, so he always knows what I’m looking for in terms of sound and style.

What is the biggest misconception of Dramarama after all these years?

There are probably two…The first big misconception would be that we are an “80s band.” Though it’s true we did release our first record in that decade. we lack key components of the stereotypical bands of that era–eyeliner, synthesizers, hairspray. We’re a straightforward guitars and drums rock and roll band, we neither sound nor look anything like the throwback conjurings of that decade.

The second would be that because ‘Anything, Anything” was a radio staple that we became rich off that record. Not so; radio play doesn’t equal tremendous amounts of cash.  And in this age of streaming, what was once a revenue “stream” for artists has now become less than a trickle. The exposure and accessibility are nice, but they don’t feed the family.