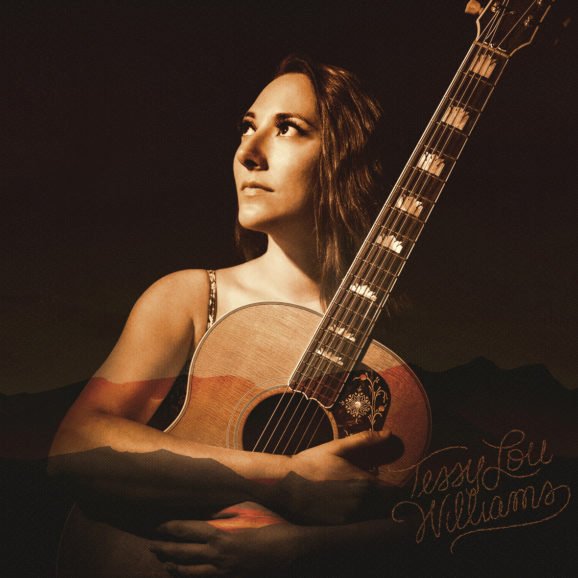 Tessy Lou Williams was born to be a musician. Her parents started the band Montana Rose as a way to engage their three children in music. Tessy Lou has not only stuck with it, but admits, “There is nothing else in the entire world I’d rather do.” That’s a lucky thing for her fans and for fans of country music in general.

A lot of people bemoan the state of country music because of what they hear on country radio stations. They can probably even point to an exact time that country music supposedly died, although opinions on that will vary. It’s understandable, but it doesn’t provide a complete picture. Country music is alive and well outside of what is played on country radio stations. On her new self-titled album, Tessy Lou Williams shows that country music exists and thrives apart from what gets pushed to radio stations nationwide. In fact, Williams said of the album, “These songs are country as hell, they’re each unique, personal, and embody the heartbreak that we can all relate to.”

You need look no further than “Midnight Arms” to realize that these songs are in fact “country as hell”. This is a song that was made for slow dancing. The melody is something that could just as easily belong in a Buck Owens song. Meanwhile, Williams sings in a high and lonesome voice that brings Whitney Rose to mind.

This album was born of heartbreak, which you can tell simply by the song titles like “Someone Lonely”. These are perfectly crafted songs about being sad and lonely. While Williams sings in a sweet voice, you can hear the ache that went into making these songs. She even manages to weave a little gospel into the heartache in “Why Do I Still Want You,” with phrases from Psalm 23 sprinkled throughout the song. Most notably, she sings, “If the Lord is my shepherd, and I shall not want, why do I still want you?” It’s a unique approach for a heartbreak song, and she pulls it off flawlessly. The ache is accentuated throughout the album with excellent work on the pedal steel (quite probably the best instrument available for conveying hurt and loneliness), fiddle, and mandolin.

Sometimes you just need a sad country song. When you do, this is an excellent album to put on. Williams delivers heartache in a way that would Patsy Cline smile. Not only that, but these songs are perfect for slow dancing, whether it’s in a dark bar or in your living room.