On their new EP Electrokitty Sessions, Seattle, WA “soulgrass” combo Paula Boggs Band refines their signature blend of jazz, world, rock and Americana. The record is imbued with a sense of yearning, and Boggs and her team of deft musicians unfurl their tales of love and its various guises with a relaxed, in-the-pocket groove that only comes from a group of players moving as a whole. These songs will anchor the band’s next full-length album and serves as an intriguing snapshot of what’s to come.

Prior to forming the Paula Boggs Band, Boggs served eight years as a Regular Officer in the United States Army, earned Army Airborne wings and a Congressional appointment to the US Naval Academy – among America’s first women to do so. Her career has included a five-year stint as a federal prosecutor, working as a vice president at Dell and serving as Starbucks’ top lawyer. In 2013, President Obama appointed her to the President’s Committee on the Arts and the Humanities, and in 2018 she received the Seattle Mayor’s Arts Award. 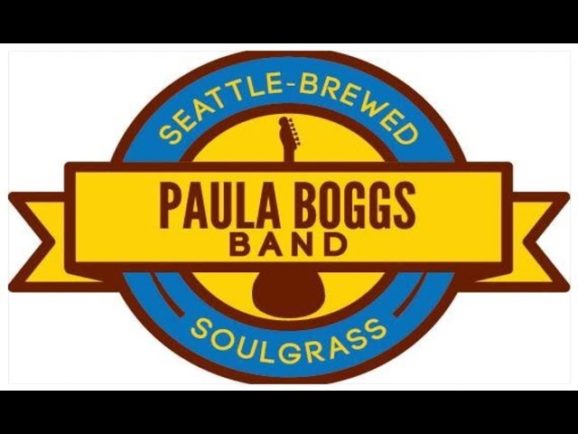 The sextet – Boggs, Mark Chinen on guitar and banjo, Marina Christopher on bass and vocals, Tor Dietrichson on percussion and vocals, Paul Matthew Moore on piano, accordion and vocals, Jacob Evans on drums, and frequent guest multi-instrumentalist Darren Loucas – released their debut album A Buddha State of Mind in 2010. That record was followed in 2015 with Carnival of Miracles, produced by Grammy-winning Trina Shoemaker.

In 2017 the band released an “unplugged” EP of consciousness songs, Live at Empty Sea, Songs of Protest & Hope and a third studio album, Elixir – The Soulgrass Sessions, also produced by Shoemaker.

The songs on Electrokitty Sessions have evolved over time, with time signatures shifting, and lyrics and melodies evolving until Boggs deemed them ready for tape. The band decamped to Seattle’s Electrokitty Studios and brought in producer Matt Brown for the sessions. “It was back to the future in that Matt produced and we recorded at Electrokitty,” says Boggs. “Matt produced our first record, and it was mixed at Electrokitty”.

A record very much of the moment, Electrokitty Sessions might just be the balm we need right now. “Love is not always top of mind amidst profound sickness, fear, division and economic crisis” tells Boggs. “Music at its best though helps people think a little differently, feel, heal, connect. I hope that for this record.”

Not to be confused with just another group with “band” in their name, Paula Boggs band sets themselves apart distinctly by Boggs’ stunning vocals. Glide is proud to premiere”Traces Of You” (below) a bluesy stomper where Boggs’ gritty and emotive vocals provide an extraordinary lead instrument. This Seattle band sounds the part of a bygone era and part refreshingly modern, an exciting contributor to the Pacific Northwest’s diverse music scene.