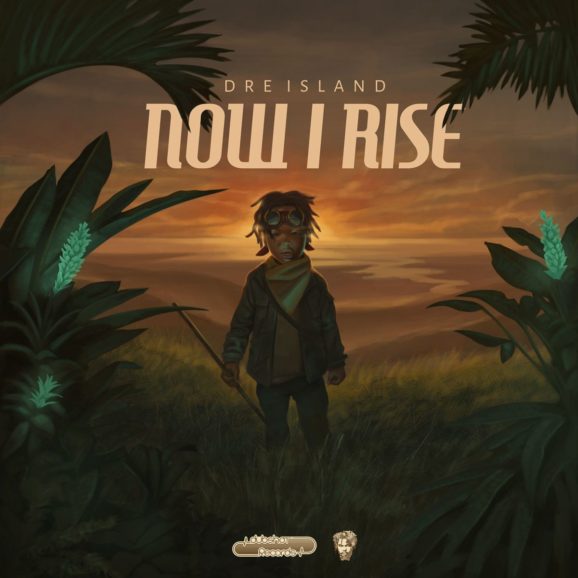 Dre Island is a reggae artist who has been promising his fans a debut album for five years. Admittedly, it’s hard to wait for a new album from an artist you really enjoy. However, if you’re going to do something, you might as well do it right. Sure, Dre Island has made his fans wait for his debut album Now I Rise, but part of the payoff is that the album includes appearances by Jesse Royal and Chronixx. So while it may have been a long time coming, it is worth the wait.

While the themes in reggae songs recur frequently, the style varies from the easygoing sounds of Bob Marley and the Wailers to an artist like Buju Banton, whose songs are more dancehall-ready. Dre Island has plenty of conscious themes in these songs, but his style tends more toward the dancehall style with a twist of hip-hop. The album’s title track for instance is a song that sounds like what might happen if a reggae artist collaborated with Eminem. Meanwhile, the melody features a guitar part that would fit just as well in a Beastie Boys song.

There is no shortage of songs that will fill a dance floor. “Never Run Dry” is one of those, and the rhythm alone is enough to get bodies swaying. The rest of the melody is the sort of thing that a DJ puts on to make sure that the dance floor stays full for at least one song.

The album also dips a little more toward modern R&B – complete with auto-tuned vocals – in the latter half. It brings a Chris Brown sort of feel to songs like “Calling” and “Run to Me”. He also taps into more of a classic soul feel (in theme more than sound) with “Be OK”. It starts with a voice in the background saying, “A change gon’ come I know.” The lyrics that hit particularly hard amidst our current social climate are, “You say that slavery’s over, so why are we still fighting to be free?”

Dre Island bounces pretty easily from one sound to another. He is just as comfortable with a dance hit as he is with a socially-conscious protest song. He truly provides something for all of his fans, and he does it well.