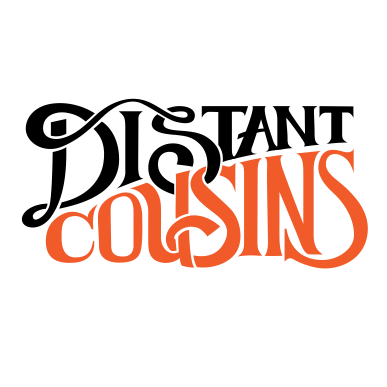 LA-based folk-pop trio Distant Cousins offers up a blend of music that, like the band name, suggests both deep connections and a wide variety of genres.

Each cousin brings his unique background to the group. Duvid grew up in the Middle East, on a small musical commune in Israel full of hippies and gypsies – owning only record players as appliances. Ami and Dov grew up on the East Coast, attending the same high school in New Jersey a few years apart. Ami is formally trained from Berklee and is forever a fan and student of bold and modern production values. Dov and Duvid come from the organic perspective of stripping a song down to its essentials—guitar and voice—to test its mettle. The blend of these two vantage points—cutting edge pop sonics with classic songcraft—is a thorough line that runs deeply through the Distant Cousins song catalog.

Their original music reflects a fluid collaboration of three distinct songwriters, producers, and performers. In the studio, the cousins share various roles as producers, writers and musicians. At their live shows, however, roles are more delineated; Ami sings, plays bass, and handles looping responsibilities, Dov sings, plays drums, and acoustic guitar, and Duvid sings and is the maestro of a myriad of stringed instruments. Onstage, the band also augments its sound with “honorary cousins” as guest musicians.

To capture the essence of their live show, Distant Cousins entered Boulevard Studios in early 2020 to record an audio and video performance culminating into Here & Now, a live visual album and collection of acoustic and reimagined selections from their catalog (Distant Cousins EP, 2014; debut album Next of Kin, 2018, Jullian Records) and two new songs, “Here & Now” and “The Day.”

In keeping with tradition, the Cousins invited guests to accompany them: Los Angeles-based trio The Songbirds (featuring Gaby Moreno, Erica Canales and Dannielle DeAndrea) bring their own magic to “Mighty Love” while Lindsey Ray is featured on the first single and title track “Here & Now” available 5/8 on Jullian Records.

Glide is proud to premiere a stripped-down version of “Angelina” a song from their 2018 full-length debut Next of Kin. Distant Cousins offer stirring pop-folk harmonies in line with The Lumineers and The Avett Brothers.

“Sometimes It can be hard finding time to write while being on the road running from show to show. Sometimes it’s hard to find peace of mind while moving around at such a speed. Other times you suddenly find yourself isolated in some hotel room or backstage before the show,” says Duvid. “The song ‘Angelina’ began to appear high up in a hotel room overlooking New York City. It’s That strange feeling you can get in a huge crowded city looking down on the hordes of people running from one place to another, all the while being isolated in the quiet of a dark room. Sometimes old ghosts may appear. Memories and regrets start to haunt you. All that’s left to do is pick up your guitar and transcribe what the ghosts are speaking. In these strange times of isolation we find ourselves in –  lots of us are wrestling with all sorts of Angels and Demons. Sometimes it can be maddening. This is a song about wrestling with those angels. Asking for forgiveness and the strength to make it through.”