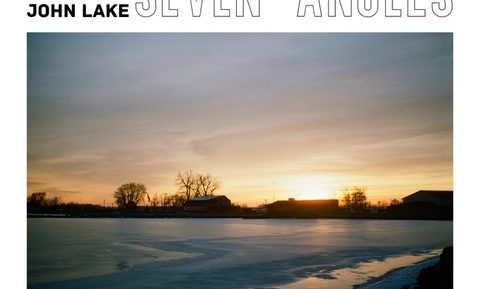 Since moving to Brooklyn from the Midwest seven years ago, Lake has gained a reputation as a lead trumpeter of formidable prowess. But he always had plans to grow his own voice as a player/composer. “Seven Angels”, to me, represents this idea that we each have a circle of ‘guardian angels’ guiding us in our life’s journey. They could be your artistic influences, your teachers, an encouraging family member, or even, in an abstract sense, some greater force watching out for you, providing opportunities or ideas when the time is right. I really believe there’s a right time and place for everything, and felt that this collection of compositions and musical relationships I’d developed needed to be shared.”

“Each song has its own story as it relates to my time learning to play in New York City, being influenced not only by my midwestern roots, but also by the stunning array of musicians now surrounding me.” The title track evokes a calm assuredness, a “cautious optimism” as Lake puts it. “I wrote this around the time that I really felt that I was starting to have something to say…that I knew who I was as a composer and performer. It’s cooled out, it’s alternately dark and simmering, without being too rowdy. I love to work in subtlety.”

With the upcoming release of Seven Angels, Glide is premiering the title track – an inspirationally adventurous and harmonious effort from one of jazz’ most promising you musicians. Seven Angels is gearing up to be a must-hear debut that will most likely end up on year-end best of lists.

“Seven Angels” is about the feeling that no matter what happens, we’re going to be OK, we’re going to keep moving forward. It’s a belief that we have these unseen figures watching out for us, arranging our journeys from above, or maybe sometimes from the shadows. This idea gives me a calm assuredness through the good times, and the bad,” says Lake about the track.