What you hear on that record, it’s what you’re going to get live,” says Seth Lee Jones of Flathead, a collection of nine rocking, road-tested blues covers out September 10, 2021, on Tulsa’s Horton Records. Recorded at Teegarden Studios in under seven and a half hours, straight to tape with no edits or overdubs, the tracks crackle with energy. They’re some of the band’s personal favorites, finely honed over years of performances at a weekly residency at Tulsa’s legendary venue, The Colony.

“We run a democratic ship in my band, and there’s never any drama,” Jones says of bandmates bassist Bo Hallford (Paul Benjaman) and drummer Matt Teegarden (Chris Duarte.) Teegarden is also the son of Grammy winner David Teegarden (Bob Seger, JJ Cale, Joe ryor. Including Ray Charles’ “Mary Ann” enabled Jones to pay tribute to one of his (and Pryor’s) musical heroes and an opportunity to utilize the prodigious skills of guest guitarist Mike Satawake.

A third-generation guitar player and a skilled luthier, Jones was born into a musical family in Tulsa, moving to Los Angeles at fifteen. He later studied classical and jazz at LA Valley College and graduated from Hollywood’s Musicians Institute at the top of his class. Jones returned to his hometown in 2010 when the lure of affordable housing and an inspiring local music scene proved irresistible. His first release was Live at the Colony (2018)

Glide is excited to offer an exclusive premiere of  “Movin Me (Way Too Fast),” a clear standout on the new album. The band lays down a thick blues jam to kick off the track before Jones comes in with his gritty and soulful vocals that feel straight from another era. Down and dirty guitar dances over an in-the-pocket groove that would be in a smoky nightclub on the south side of Chicago. Simplicity is the name of the game with this tune, but there are guitar flourishes throughout and hard-hitting solos that bring to mind the cranked-up yet subtle approach of ZZ Top. Whether you’re a blues purist or someone looking for a fresh sound, Seth Lee Jones and his tight band are sure to satisfy with this viciously cool track.

“That is one of my favorite Steve Pryor tunes.  I was listening to that record one day in the shop after I’d acquired my Mule resophonic mule caster, which is a baritone. I thought it might be fun to try and work it out in open C baritone and kind of “metal it up a bit”. We ran it through some trials at our weekly gig and hammered out the details. That tune for me is very rhythm centered so we brought one of my favorite guitar players in, Mike Satawake, to fill the lead roll. As for the lyrical content of the piece it definitely speaks to me, in a “I used to know her” type of vibe.  Pryor was my friend, and I think he’d be proud of our version,” says Jones about the song selection. 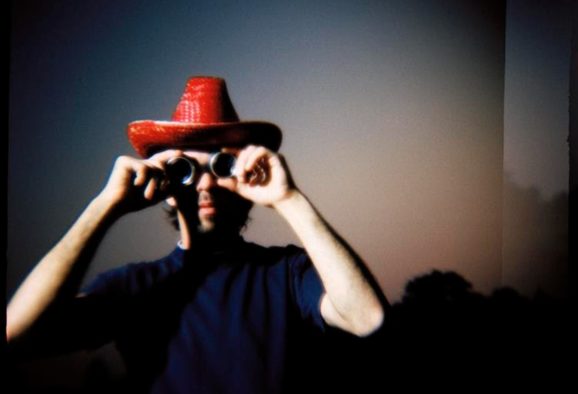