Today, Parquet Courts has shared a new single/video, “Black Widow Spider,” from their forthcoming album, Sympathy For Life, out October 22nd on Rough Trade Records. In conjunction, they announce extensive touring plans for 2022, starting with a run of North American shows in the spring. Following their highly-praised lead single “Walking at a Downtown Pace,” “Black Widow Spider” kicks off with scorching guitar. In A Savage’s words, “I told [producer] Rodaidh McDonald that I wanted to find a sound that was equal parts Can, Canned Heat and This Heat. He was really into that and probably took some glee in having such a bizarre challenge.” It’s one of the many songs on the new album that began with the band improvising onto tape, after which they started editing and cutting up, leading to the verse.

The accompanying video, directed and animated by Shayne Ehman, is simply great. “We were inspired by the claymation master Art Clokey,” says Ehmman. “I wanted the video to feel like it was shot in the 1950’s and so I used very old lenses.  One was a brass projection lens from the 1860’s and another was radioactive.” 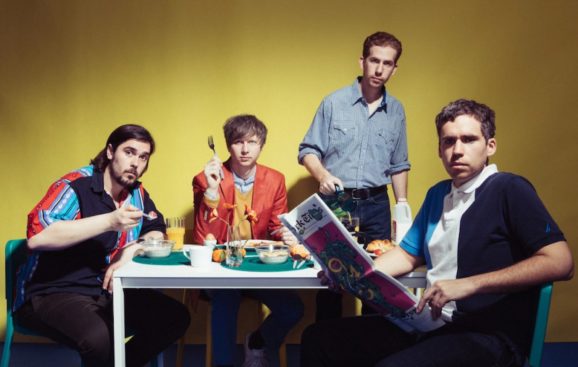